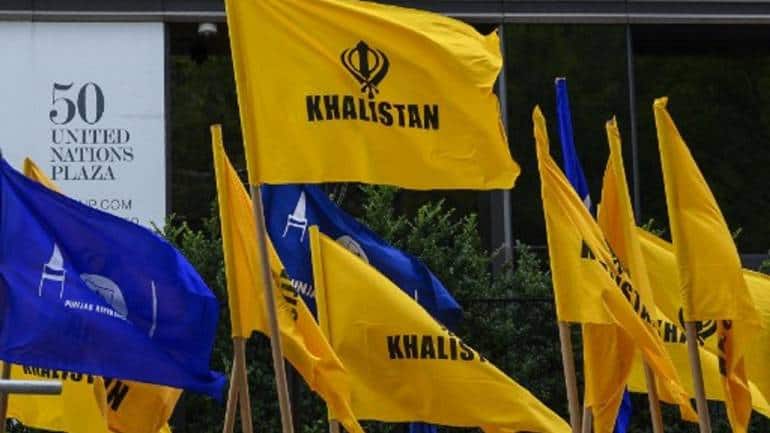 TORONTO: Community tensions have risen in Canada’s multicultural district of Brompton after the police arrested an Indo-Canadian man for vandalising Shaheed Jarnail Singh Bhindranwale banner in the city of Caledon ahead of 18 September Khalistan Referendum voting.

Ontario Provincial Police (OPP) has confirmed that it has charged an Indo-Canadian man with criminal mischief for vandalizing Shaheed Bhindranwale banner in the city of Caledon which led to community tensions as Caledon is home to thousands of Sikhs who have protested the attack on their revered figure.

It’s understood that those involved in vandalising Khalistan Referendum banners have attempted to anger pro-Khalistan Sikhs who have taken out large scale rallies in support of 18 September voting.

A video of “Khalistan Zindabad” and “Hindustan Murdabad” graffiti outside famous BAPS Mandir, Toronto went viral on social media with both Hindu and Sikh netizens blaming each other for the vandalism. However, no one has been arrested in connection to the attack on the Mandir. Netizen have shared a video showing the “Khalistan Zindabad” slogan written at the entrance of the local Hindu temple.

Responding to the video, several netizens expressed hate for the Sikh community. Several users called for graffiti against Sikh Gurdwaras in Surrey and Brampton in response to the graffiti.

Thirty-eight years after he was killed in ‘Operation Blue Star’ in Amritsar, Punjab, nationalist Sikh leader Jarnail Singh Bhindranwale is regarded as a martyr, saint and icon of Khalistan movement by tens of millions of Sikhs.

Local Indian community leaders have confirmed that hooligans have targeted Khalistan Referendum banners and posters with Shaheed Bhindranwale pictures.
Khalistan Referendum campaign — in which Sikhs are asked to answer the question “Should Indian governed Punjab be an independent country?” — has drawn fierce opposition from New Delhi, Indian media and pro-India segments of Non-Resident Indians (NRIs). It’s being organised by Sikhs For Justice (SFJ) – a human rights group which has held Khalistan referendum voting in the UK and Europe, drawing tens of thousands of Sikhs.