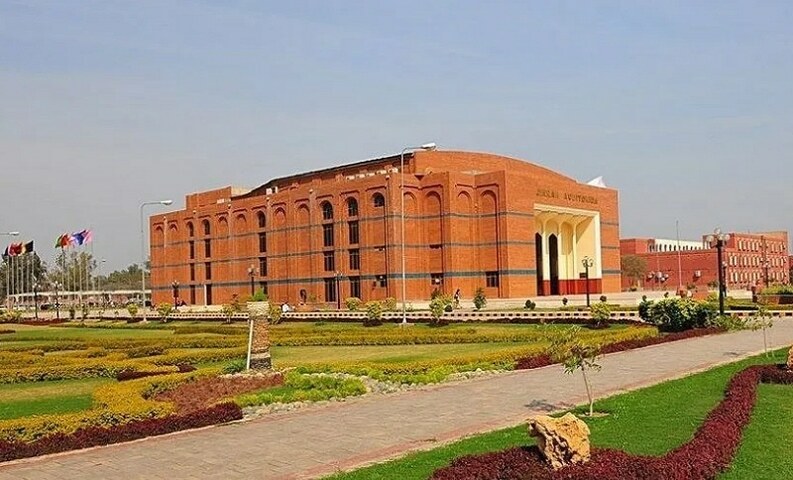 ISLAMABAD: The Supreme Court on Wednesday issued show cause notice to the Vice-Chancellor (VC) Bahauddin Zakariya University (BZU) Multan for not implementing the court order in mashroom growth of Law Colleges case.

During the course of proceedings, Justice Mazahar addressing the Vice Chancellor said that what was the misunderstanding as he had not implemented the decision of the Supreme Court in three years.

Justice Ijaz ul Ahsan asked why the records of the students had not been provided to the Legal Directorate yet, if there was tampering in the records, then all would go behind the bars. He remarked that there was a deliberate delay in providing the records.

The counsel for Pakistan Bar Council told the court that Bahauddin Zakariya University Multan had to cancel the affiliation of 32 law colleges on the order of the Supreme Court but the university had not de-accredited a single law college since 2018 to till date.

The lawyer of the university said that the university administration had brought all the records and it would be submitted today. Female lawyer Nasreen Majeed Chauhan told the court that lawyers challenging the fake degrees of lawyers were being targeted.

She said that lawyer Mohammad Nadeem was picked up by CIA for challenging the degree of Supreme Court Bar Association President Ahsan Bhoon and he was booked in the case of murder.

The issue of fake degree had already been taken up by the Supreme Court in the same case. Subsequently, the court adjourned the further hearing of the case for an indefinite period while directing to file an application in the high court regarding the fake degrees of lawyers.