US voices concern over media restrictions in Pakistan 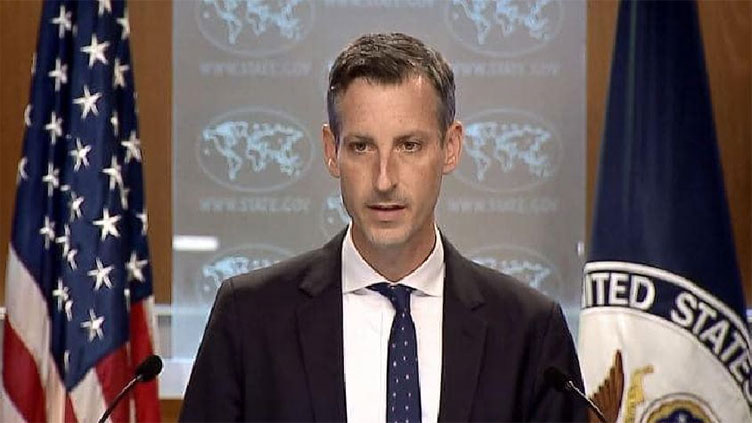 The US voices concern over media restrictions in Pakistan:

The United States voiced alarm over restrictions on the media in Pakistan, citing the silencing of a television network supportive of former prime minister Imran Khan.

“We continue to be concerned by significant restrictions on media outlets and civil society in Pakistan,” State Department spokesman Ned Price told reporters. “We’re concerned that media and content restrictions, as well as lack of accountability for attacks against journalists, undermine the exercise of freedom of expression… and an informed citizenry,” he said.

Price pointed to the example of the TV channel, which was recently taken off the air, in response to a question from a journalist of the network.

The network is sympathetic to Khan, who was ousted in a parliamentary vote of no-confidence in April and replaced with Prime Minister Shehbaz Sharif.

Authorities have also blocked online access to speeches by Khan, who is seeking to make a political comeback.

The United States is a historic ally of Pakistan, but the two nations have had a rocky relationship, especially over relations with Afghanistan’s Taliban, with Khan in particular critical of US military operations.

The United States in recent weeks has promised more than $50 million to Pakistan as it grapples with its worst-ever floods that have left one-third of the nation under water.

President Joe Biden’s administration has also greenlighted a $450-million sale for Pakistan to refurbish its F-16s, a mainstay of its air force, despite the growing US relationship with Pakistan’s rival India.