Director General Provincial Disaster Management Authority (PDMA) Punjab Faisal Farid on Tuesday said that a joint survey was being conducted by the departments concerned to estimate the damages caused by the flood and process would be completed in Dera Ghazi Khan district by September 27.

After the survey, compensation process to flood victims would be started, he said, adding that rehabilitation of flood victims was a priority of the provincial government.

In a statement issued here, the DG appealed the philanthropists to deposit their donations in the Chief Minister Flood Relief Fund in Bank of Punjab account and play their role in the rehabilitation of the flood victims.

He said that relief activities by PDMA and other organizations were continuing in the flood affected areas of South Punjab. The process of water drainage was going on and most of the flood areas had been drained. He said that the flood victims were being provided with food, drink, medical treatment and other necessary facilities. 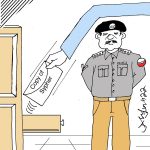