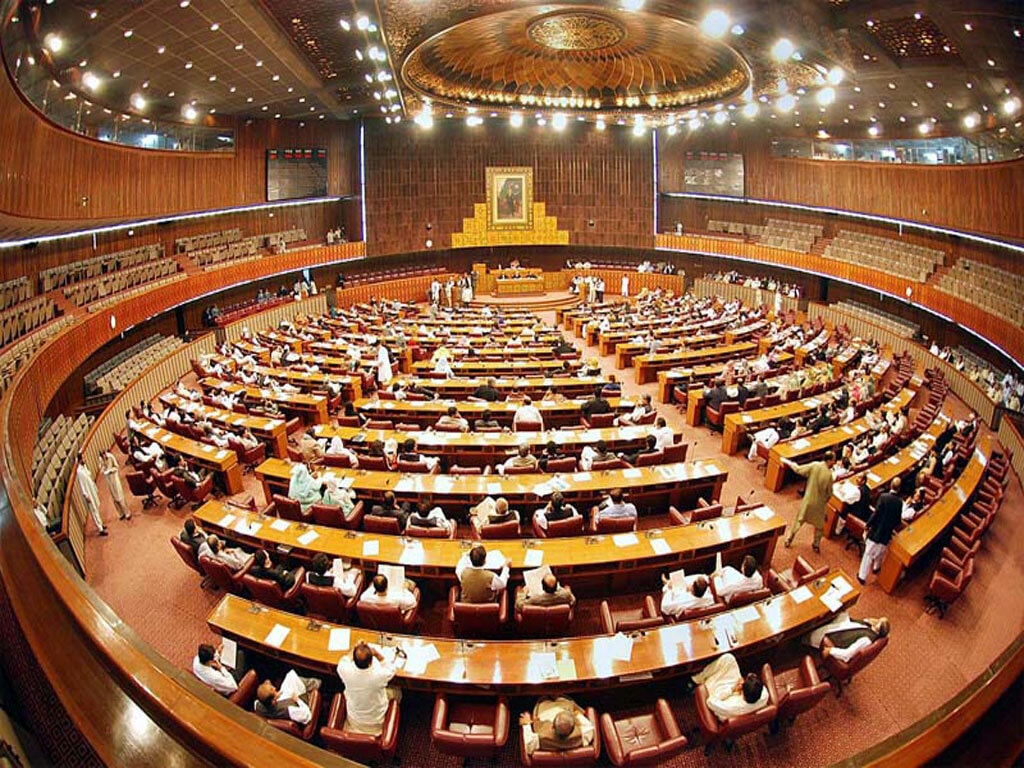 The Senate Standing Committee on Communications was informed that National Assembly members would be exempt from tolls on motorways and highways on Monday.

The panel was informed that the exemptions for parliamentarians had been removed some time ago, but that the immunity has now been restored.

The meeting, presided over by the committee’s chairman Senator Prince Omar Ahmadzai, was briefed by the chairman of the National Highway Authority (NHA) about the road damage caused by the recent rains and floods in Balochistan, which had never experienced such heavy rains and floods.

The committee also thoroughly examined the issue of the Hyderabad-Sukkur Motorway construction.

The committee also reviewed the issue of the construction of the Hyderabad-Sukkur Motorway in detail.

During the meeting, Senator Saifullah Abro said the recent increase in toll tax on motorways from Rs160 to over Rs1,000 had made it impossible for a poor man to travel on a highway. “A poor man could not even afford a cup of tea in the service area on the highway,” he added.

The NHA officials responded that all the concession agreements about toll fees included an annual increase of 10 percent while 8 percent would be increased on M-9 and Sialkot Motorway.

Senator Kamil Ali Agha said the motorways or highways on which the toll tax was collected should be repaired with the same tax money.

Driving a vehicle on M-2 was a difficult task as it needed maintenance which was not done even after collecting billions of rupees in the name of toll tax on it.

The committee asked for the details of the contracts, repair expenses, and income of the toll plazas.

Senator Danesh Kumar said the work on 2KMs on M-8 was stopped, and the matter was also raised in every meeting but to no avail. At this, NHA’s chairman said that M-8 would be activated within the next 48 hours.

Khalid Mahmood, IG National Highways and Motorway Police, informed the committee that the accident on M-9 was caused by an animal, and that fencing around M-9 was not possible because fences could only be installed on motorways, and M-9 was neither a highway nor a superhighway.

The IG also stated that enforcement was carried out on 100 kilometres in Balochistan and that highway police were being formed. The emphasis is also on N-25 and N-10, with the recruitment process ongoing. Senator Kamil Ali Agha responded that highways and motorways were always fenced in accordance with international traffic rules.

The Chairman of the NHA stated that fencing the Hyderabad-Karachi Motorways was difficult due to fence theft. “In this regard, FIRs have also been registered, and the matter has been raised with the local police leave about the fence thieves,” he said.

The committee also thoroughly examined the issue of the construction of the Hyderabad-Sukkur Motorway.

All processes had been completed, an Italian company had participated in the bidding, and information had also been obtained from the Italian government and the Pakistan Embassy in Italy in this regard.

The total length of the Peshawar-Karachi Motorway was 522 kilometers, of which 1216 kilometers were completed and 306 kilometers were to be connected to it. It would also include 15 interchanges, 10 service areas, 12 rest areas, six flyovers, and a 61-kilometer service road. M-6 would run through Sukkur, Khairpur, Nowshera Feroze, Benazirabad, Matiari, Hyderabad, and Jamshoro, among other places.

On this, Senator Saifullah Abro said a company was first disqualified for not fulfilling the requirements but it was re-qualified later. “This is beyond our understanding and details about this company should be furnished before the committee.”

To a question of Senator Saifullah Abro, the committee was told that Hakla DI Khan Motorway had 11 interchanges, and 22 toll plazas which had been with Frontier Works Organization since July 2022.

The committee was also informed about the planting of trees along highways and motorways and that about 840,352 trees had been planted on Lahore Motorway to Abdul Hakeem, Pindi Bhatian and Multan-Sukkur Motorway.

The matter of public importance raised by Senator Hidayatullah in the Senate meeting held on August 17 regarding the traffic accident due to lack of fencing on Sukkur Multan Motorway, and a briefing on the Sukkur-Hyderabad Motorway project was also reviewed in detail.