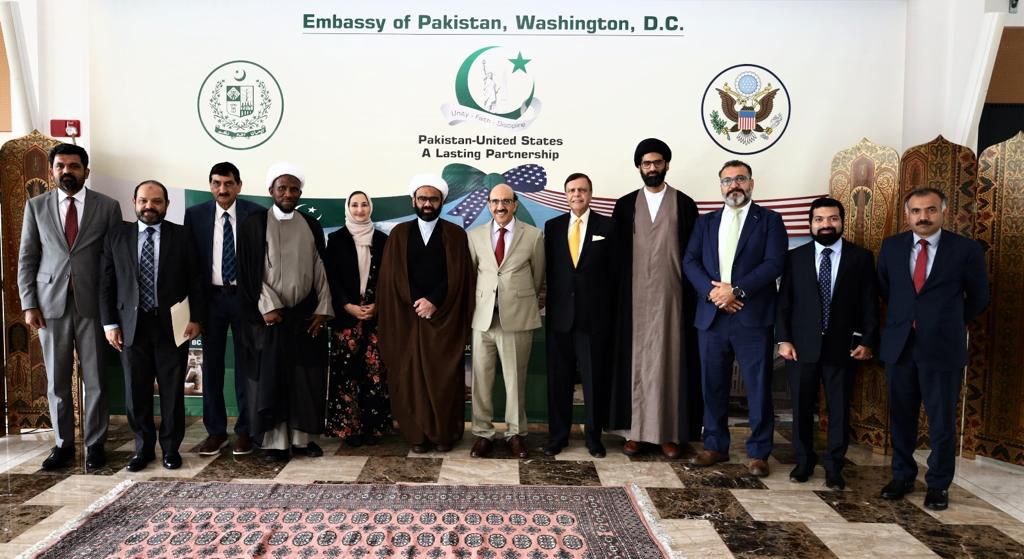 “Our diversity is our strength” and needs to be respected, protected, and promoted, the Ambassador said.

He was talking to a delegation of US-based Shia scholars and religious leaders, hailing from various parts of the world, that called on him to express their solidarity with Pakistani brothers and sisters who were fighting a catastrophe caused by the recent floods.

The Ambassador thanked the delegation for expressing solidarity with the flood victims. Recalling valuable contributions made by the Shia community, an integral part of the Ummah, during the 2005 earthquake, he observed that the Shia community across the world has always stood by its Pakistani brothers and sisters during difficult times.

“We belong to one Ummah and we share some values. Essentially, we are one community. We are anchors for humanity,” said the Ambassador.

“We need to reinforce inter-faith and intra-civilizational dialogue to promote harmony and ward off any attempt to create a schism in our society,” he continued.

The delegation apprised the Ambassador of their efforts to complement ongoing relief and rescue activities for the flood affected.

The Ambassador apprised the delegation about the damages of flooding and appealed to the religious leaders to reach out to the community to garner greater support for the flood victims.

The delegation also shared their suggestions for better coordination and promoting harmony among various denominations.

The Ambassador assured them of every possible support from the Embassy in their efforts to promote inter-faith harmony. He assured them that the government would redress all their grievances.