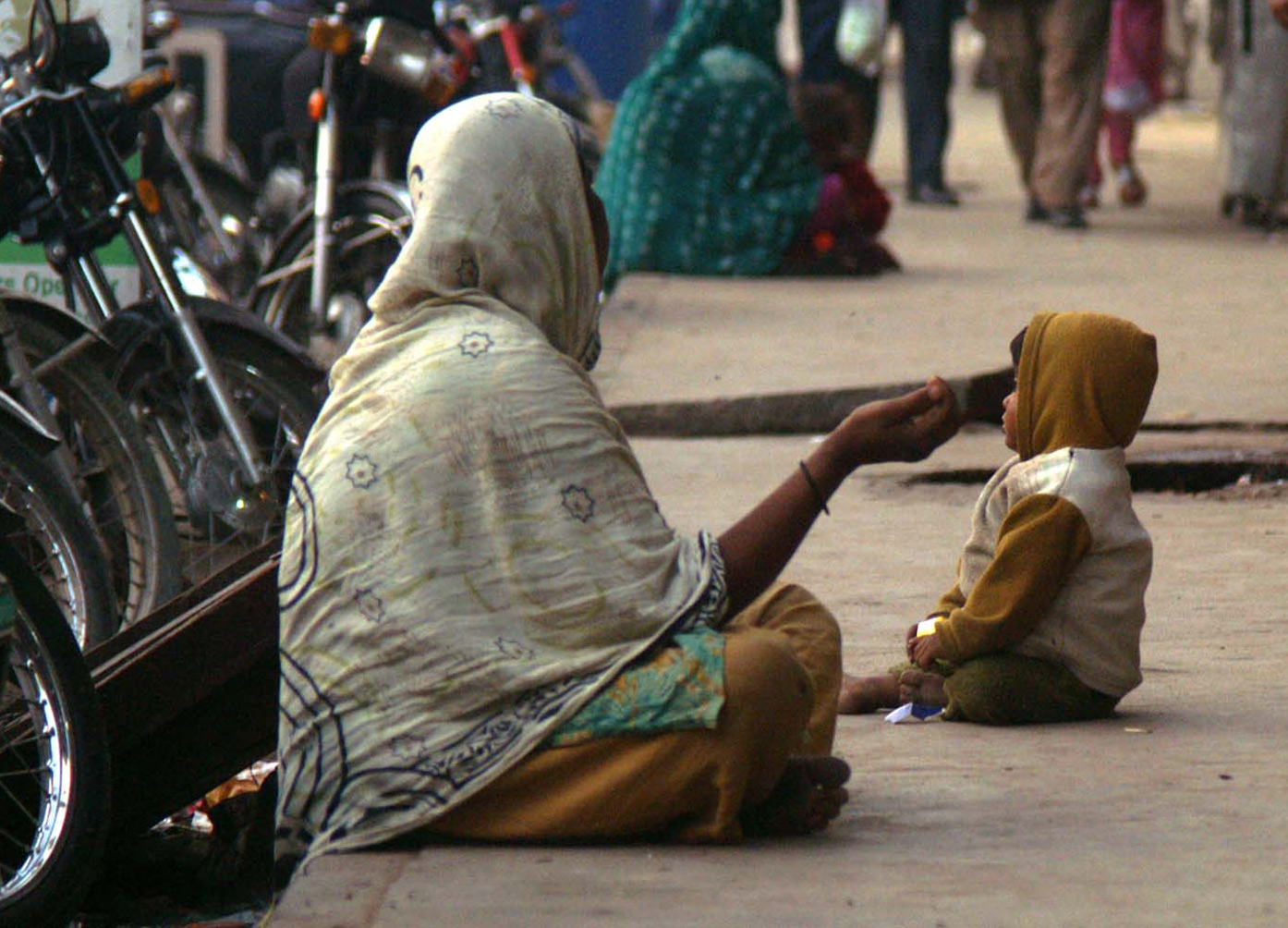 “The occurrence, persistence and incidence of begging, itself represents a failure of public and social policy.” Hartley Dean.

Of all age-old social evils, begging is perhaps the most complex and demoralizing evil which has evolved over time from a loose network to an organized one all over the world.  No society is free from that curse. It is the most humiliating way to earn money through which people prefer bashing and insulting rather than hard labor work and jobs.

In developing countries like Pakistan where the rate of unemployment is rising day by day and people are highly affected by poverty and inflation find it convenient to opt to beg. This social curse has engulfed the whole Pakistani society. According to Asian Human Rights Commission (AHRC), five to twenty-five million beggars are found in Pakistan which is approximately 2.5 to 11 percent of the total population and 1.2 million children are estimated to have been on the streets of major urban cities of Pakistan.

Various financial, social and biological factors contribute to beggary, the most important ones include poverty, unemployment and the conception of beggary as a lucrative business. According to the UN, around 49% of the estimated 220 million population of Pakistan lives in poverty while 31% of the youth is currently unemployed(51% of females and 16% of males) despite many of them holding professional degrees. Low wages, ever-increasing inflation rates and lack of jobs have made people’s lives extremely difficult. The rates of suicide and crimes have spiked to dangerous levels. When people are deprived of basic facilities such as food and clean water, begging becomes their most convenient escape. People are forced to sell their children while children also run away from their homes as a result of poverty and the absence of proper guidance, becoming easy prey for criminals. Similarly, women are forced to sell their bodies whereas the old and mentally/physically handicapped are compelled to beg on the streets, the ultimate beneficiaries being the criminals and begging mafias.

ILO(2004) indicates that “beggary is an urban and combination phenomenon in which people engage in begging alongside other economic activities, confirming the linkages between begging and other illegal activities such as sex work and drug supply and useage.”

Beggars operate under the patronage of beggar mafias which recruit a certain number of people for begging. These beggars’ rings follow a proper hierarchical structure: at the top is the head (Thekydaar) followed by ‘middlemen’ who monitor and control the beggars lest they flee the group or attempt to expose the ring. The middlemen not only select specific begging spots for beggars but also arrange for their pick and drop to various squares (chowks) and keep them under strict supervision. These beggars are then found to be involved in the supply of drugs, loot and plunder, murder and other crimes.

The most preferred spots of the beggars include traffic signals, shopping areas, outside mosques, shrines and hospitals. The shrines have especially been an attractive place for beggars. People who visit shrines firmly believe that giving money to the poor will increase the chance of their prayers being heard. They never think where their money might be going and whether they are actually helping poor or encouraging corrupt mafia instead. According to SSIR (2018), Pakistan contributes more than 1% of its GDP to charity while 98% of its population helps those in need, usually with cash as well as making donations or doing volunteer work for social welfare. This make Pakistan one of the most charitable countries in the world. Our religious practices such as Zakat, Alms, Sadqa and Fidiya especially promote this passion of helping the needy in society.  Various social welfare organizations in the country, and even our Madrasa system are totally dependent on charity and donations. Although, such religious and social practices do not legitimize beggary and beggary is being discouraged in Islam but criminal begging mafia takes advantage of these spiritual believes of people. These professional beggars are involved in emotional and religious blackmail as they deceive people to portray themselves as helpless and needy, which they truly are not. The drowsy and sleepy infants in the laps of their so-called mothers are always found to be drugged.

In recent years especially after corona pandemic, a strange practice is seen in all big cities of country. During Ramadan, Eid or other religious festivals, whole family or larger groups of people come from superb areas and camp in big cities. In every square and market they beg people all day long, read behind people and force them to give money.  And if they refuse, these beggars curse. These malefactors are either nomadic or professional beggars, but for citizens, they are a constant source of inconvenience and irritation.  People complain and feel insecure because of them. The incidents of theft and snatching are also increasing these days and somehow it ends up with these beggars.

Regarding law structure, beggary is illegal in Pakistan since West Pakistan Vagrancy Ordinance, 1958. Three years imprisonment could be in the form of beggary or parents whose children are begging can be arrested and jailed for three years.  In 2011, Lahore High Court ruled that the Government should strictly enforce laws to discourage “professional beggary”, set up homes for the destitute and improve the charity disbursements for the poorest. Similarly, Sindh Government imposed a ban on child beggary, and directed the social welfare department to pick up beggar-children and rehabilitate them in welfare centers. Help line 1121 is also provided to inform authorities about beggars and their activities. But all in vain.

In spite of these laws, due to lack of adequate attention and funds by the government, neither any permanent step could be taken nor did these laws prove effective. Even if the police takes action, these beggars are either silenced through bribes or released on bail after a month. Mostly, the police implements take-away-from-the-scene strategy which is not a lasting solution to the problem. If a ban is imposed on beggary of children, other groups come to the fore in the form of the elderly, youth or trans-genders. All of this occurs due to strong networks of beggars.

The curse of beggary cannot be ended by using typical methods; arrests, temporary bans and the like have all proven futile. In the contemporary era, the way beggary has become a criminal abuse, urgent and sustainable measures are required to end this menace. Firstly, all data of beggars must be compiled; the government and NGOs must collaborate with each other in conducting surveys. Once this data comes to the fore, only then can work be done for the rehabilitation and employment of beggars and the real culprits be traced. To this end, the media must also play its due role in raising public awareness so that beggars are discouraged as much as possible and this criminal chain is broken. Moreover, the government should impose a complete ban as well as fines on giving money to the beggars rather offering them food, cloth and work. Furthermore, the existing system of Zakat and Alms must be reactivated in its true spirit to freed genuine and needy persons of society.

Beggary is a curse which should be eliminated at all costs. For this, strict laws and proper planning is required. Being poor is not a crime but fulfilling one’s needs through illegal means instead of hard work is a huge crime. If this single curse is eliminated, then many other problems emanating from this will also come to an end, which is much essential for the development and progress of our society.

The Writer is an MPhil scholar and currently working as a freelance journalist. Her areas of research are conflict coverage of US Elite Press on Palestine issue, and Social & human rights issues of Pakistan.