Women and tales of horrible murders 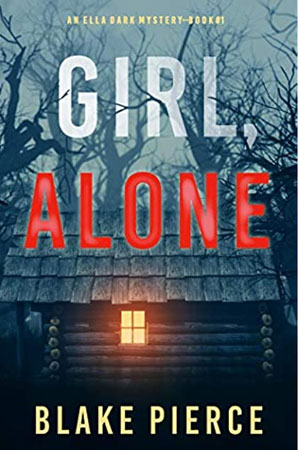 Mystery files, classified files, detective novels and movies adapted from these have always been a source of pleasure and satisfaction because of the fulfilment of curiosity that these genres or multiple forms of literature render to their readers and audience

All of us are born with a curious nature to solve mysterious and complicated issues by utilising our inquisitive powers. So, one begins to feel adjusted to the role of the detective hero, which further enhances our indulgences in such literature. This has made many video programs and books of fiction very popular all around the world. For example, the novels written by Ibn-e-Safi and Mushtaq Yusafi under the title of the Imran series in Pakistan gained currency because of their capacity to satisfy our curiosity and the hidden power to solve the mysterious matters of life. In the world of movies, 007 and Sherlock Holmes gained equal currency among the youth and the old. ‘Girl Alone’ by Blake Pierce is one such modern tale of dealing with the most horrible of crimes. Blake Pierce is the USA Today bestselling author of the RILEY PAGE mystery series, which includes seventeen books.

The story thrillingly revolves around two female characters of the story, ie, Mia Ripley and Ella Dark. Though Ripley is a senior expert and veteran FBI agent in the novel and Ela is not only a novice but also had started her career as a computer analyst, she plays the lead role in the solution of mystery murders by the serial killers. Ella flies with agent Ripley to Louisiana after having received a briefing on the murders and missing bodies in Michigan and Chicago. Ella was nervous because of her first task and the presence of an experienced agent who knew all the pitfalls of the trade and posed to be brave and powerful. Yet it is Ella who plays a significant role. She proves herself capable of reading and retaining the profiles of the murderer and the murdered in her memory. Being a skilled data analyst, she can support her claim with her analysis. She receives only logistic support from the local police department and mainly works independently. The advanced technology at her hand makes it possible for her to understand the situation very well, and she displays her skills at the right moment. She gets more success than Ripley, whom she never lets down.

Although many pages of the book are engaged in telling the stories about the mysterious murders and serious killers and the socio-cultural events associated with that. The writer also raises interest by letting the readers understand the plight of the murdered people. The main focus and the area of interest is the connection between the feelings that the serial killers develop over time and attempt to satisfy those very feelings, which mainly are termed by them as the joy of intoxication of murder. So, serial killers seem mostly to enjoy the pain of their victims when they use blades, axes and saws to cut the bodies of the murdered people. They drew a lot of joy and a negative pleasure from the fact that the murdered person displayed the fear of death on their faces and an equal amount of effort in escaping death. But the most horrible things the serial killers showed, according to Ella, were to follow their chosen serial killers of multiple areas of the world. They read their stories of life and death and imitated or re-enacted similar scenes. They sometimes even attempted to prove they could do the horrible business better than their chosen heroes. These hero-worships, however, gradually resulted in the weakness of the affair and made them stuck to the old-fashioned methods of killing human beings and did not let them evolve. This also helped Ella and Ripley work on the patterns followed by the horrible people. Most of the time, they succeeded in reaching the targeted person and saved many from getting murdered.

Overall, the novel is a success story of women instead of men. The male police officer seems only to play the supporter actor instead of any leadership role. Ella, with her talents and skills, is capable of pinpointing the criminal, his area of work, and the way she could execute his plan. With her skills, Ella discovered and reached the home of a man who cut different parts of the animals and then joined them with other animals and, in this way, created tales of horror. Ella, with the help of Ripley, not only reaches the very home and gets the culprit arrested after her encounter with the man in the darkness of the mysterious house. And the second time she reached the hospital where the murder was to occur and crossed the path of the murderer in the riskiest and most fatal ways. There came a time in this encounter when she would have almost killed herself, but her training made her successful against the most horrible men on the earth. Overall, the tale becomes a tale of celebrating women and their capabilities. The novel projects the idea that women are more capable of working in a stressed environment than men and come out victorious with their skills, faculty, and struggle.