Is Kashmir a territorial dispute or regional?

From geographical point of view, Kashmir is vital as well and it serves as a bridge between South Asia and central Asia. For India it is the only direct route to central Asia and central Asia to Europe and it plays a Belt and Road Initiative and not only route but also provides a opportunity with significant location to India for spying China and Pakistan, Siachen Glaciers is the main boundary between India and China. Kashmir is very rich in water resources, natural beauty and this region always attracted people from all over the world and it is also very important for India because it is economically strong.

For the Pakistan, Kashmir is important because the water resources as the five rivers Jhelum, Ravi, Chenab, Beas, Sutlej all originate in Kashmir and flow into Punjab region of both India and Pakistan. As India has Kashmir and thereby the upper side control of the river origins. So, India cam build damn and control the flow of river. It means that the lifeline of Pakistan is in the hand of India and this worries Pakistan and they want Kashmir. Pakistan also claims that Kashmir is connected with Pakistan because of same religion, culture and ethnicity and it is the integral part of Pakistan to the large Muslim population in Kashmir. The Pakistan and India was founded on the two-nation theory which essentially states that Muslims and Hindu are so different and that they cannot co-exist. The unrest and the frequent clashes between the Kashmiris youth and Indian army is a proof that India is treating the Kashmiri Muslims as second class.

Recently the BJP government established governor Raj and illegally started work. Firstly, they revoked the article 370, 35A on August 2019. Because under this article the state of Jammu and Kashmir was allowed to have its constitution, flag and special status.

They started tortured to Kashmiris to changed their religion. Because if Kashmiri Muslims change their religion than majority of people will be Hindus and they will vote to India and India automatically gain votes in majority. They also started human rights violation, disappearances of young Kashmiri, right of self- determination has been suppressed, genocide and ethnic cleansing of Kashmir Muslims. Burhan Wani is the best example because he was killed by Indian army in 2016.

Kashmir issue should be resolve by diplomatically and if Pakistan wants Kashmir, then Pakistan should be economically strong. Both India and Pakistan will have to make compromises and will come to win- win situation not at the zero- sum game.

Because we can never imagine the solution to Kashmir with big ego and thick brains.

The assessment of the regional and international situation is that the two countries, Pakistan and India should make a decision as soon as possible for the betterment of the Kashmiris, and keeping in mind the generous and human rights and also establish better relations with each other to form a block in Asia that can prevent the United States and his disciples from looking upon the whole Asia.

And now I want to conclude it that it is the territorial dispute not religious but Religion is use as the tool to achieve Kashmir. Because Kashmir is very beautiful and economically strong for India and if India releases it then they loss geographical edge and cannot spy their neighbors. 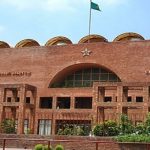 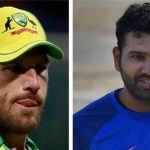 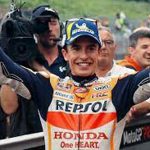 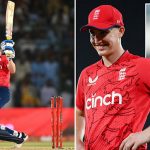