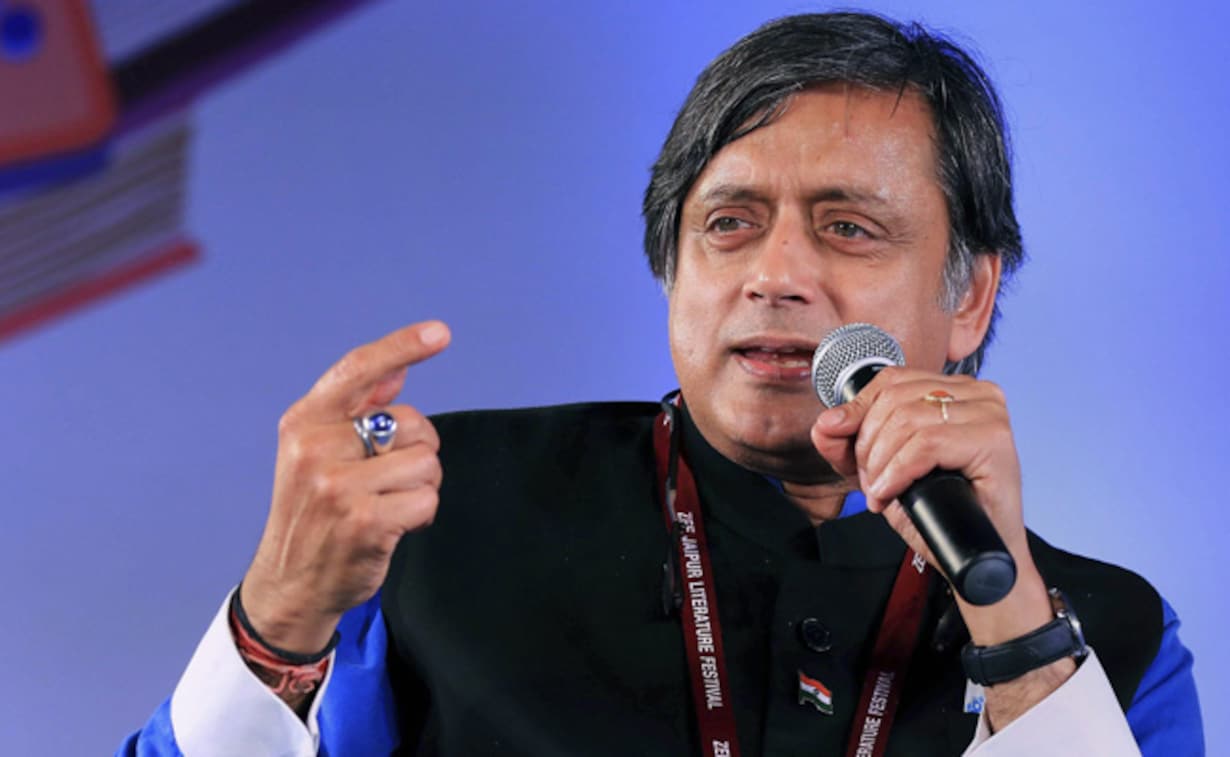 Mr. Tharoor declined to comment on whether or not he will run for office, although he did write an article for the Malayalam newspaper Mathrubhumi advocating for a “free and fair” election.

In the piece, he argues that the party ought to have also declared elections for the dozen seats on the Congress Working Committee (CWC) that are to be elected.

“Allowing party members selected from AICC and PCC delegates to determine who will lead the party from these key positions would have helped legitimize the incoming set of leaders and given them a credible mandate to lead the party,” said Mr. Tharoor, who was among the group of 23 leaders who wrote to Congress chief Sonia Gandhi in 2020 seeking organizational reforms.

The lawmaker from Thiruvananthapuram stated, “Nevertheless, the election of a new president is the first step toward the revitalization the Congress so desperately needs.”

Mr. Tharoor stated that the election has further positive impacts, such as “global interest in the British Conservative Party’s recent leadership battle, a phenomenon we observed in 2019 when a dozen contenders vied to replace Theresa May and Boris Johnson emerged victorious”

“In light of this, I hope that multiple applicants will present themselves for consideration. The public’s attention will undoubtedly be piqued by their party and national agendas “He wrote

Mr. Tharoor stated that while the entire party is in need of revitalization, the most essential leadership position to be filled is that of Congress president.

Given the current status of the party, the feeling of crisis, and the national context, whoever assumes the presidency will unquestionably need to meet the dual objectives of energizing the Congress party workers and motivating the voters.

“He or she should also have a vision for India and a plan to fix the party’s problems. Ultimately, a political party serves the country and is not an aim in itself “he remarked.

“Regardless of the outcome, a free and fair election process would be a healthy means of resolving the issue. It would provide legitimacy to the mandate handed to the incoming president “he stated.

Regarding the recent departure of veteran party member Ghulam Nabi Azad, Tharoor noted that the latest in a regular stream of departures has fueled ceaseless media speculation and a daily dose of obituaries for the party.

Consequently, the Congress employee, who has already been demoralized by the recent election results, runs the risk of further demoralization, he stated.

“The departure of respected coworkers is detrimental. I regret these departures because I would have rather that these friends remain in the party and continue to push for its reform “he remarked.

“As a signatory of the so-called ‘G-23’ letter, I should note that it mirrored concerns that had been accumulating for months among party members and supporters who want a revitalized Congress. These complaints were about the party’s functioning, not its doctrine or morals. We had no intention of dividing or weakening the party; rather, we sought to revitalize and strengthen it “Thaddeus wrote.

Faced with internal unrest, the Congress declared on Sunday that the election for its president would take place on October 17, claiming that it is the only party in the country that adheres to such democratic procedures.

On October 19, the outcome will be announced. The notification of the election will be given on September 22, and the filing of nominations will commence on September 24 and continue until September 30.

At the press conference where the party announced its timetable, AICC general secretary organization K C Venugopal made the following statement: “The election is open to all candidates. It is a democratic election.” Several officials, notably the chief minister of Rajasthan, Ashok Gehlot, had publicly urged Rahul Gandhi to reclaim his position as party leader before to the CWC meeting.

Nonetheless, ambiguity and intrigue continue to surround the problem. Several party insiders assert that Rahul Gandhi continues to maintain his stance that he would not be the AICC president.

Mr. Gehlot sought to dispel rumors that he was the favorite for the role of Congress president on Wednesday, stating that attempts will be made until the last minute to urge Rahul Gandhi to reclaim the party’s leadership.

After an open revolt by a group of politicians known as G-23, Sonia Gandhi volunteered to resign as temporary president of the party in August 2020, but the CWC encouraged her to remain in office.

Addressed university students on #IndiaAt75 & joined them in creating a tricolour of our handprints on cloth. The larger meanings of the national flag & the progress made since 1947 were the subjects of my remarks. pic.twitter.com/8LwObPwqNS