Nothing ‘illegal or wrong’ 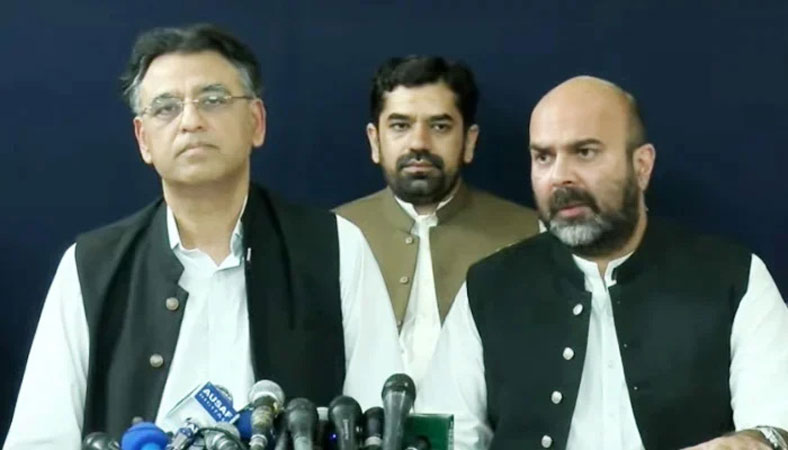 “Will a sensible person believe that this wasn’t a good suggestion? Didn’t Imran Khan, when the Covid hit the country, ask the IMF personally for fiscal space? Wasn’t a debt relief program started for the developing economies?” Umar questioned. He added that it was sensible to seek concession from the international lender – given the current situation. “Prime Minister Shehbaz Sharif is asking countries for funds to provide relief to the flood victims.

Can’t you ask the IMF to provide fiscal space for a certain period of time, so we can rehabilitate our people through our own money and not ask others for donations?” he stressed. Umar claimed that the letter was sent to the federal government and not the IMF. Separately, PTI Senior Vice President Shireen Mazari said there was “nothing illegal or wrong in the conversation”. The PTI leader said the party had publicly opposed the terms on which the “imported government” is taking loans from the international money lender.

“But what is illegal is the wire-tapping done on the conversation without court order. A criminal offence.” Meanwhile, addressing a press conference in Islamabad, KP Finance Minister Taimur Jhagra acknowledged the authenticity of a letter penned to the IMF three days earlier by the KP government whereby the international money lender was informed that the province would not be able to meet the agreed upon budget surplus. Pinning the province’s inability to meet the surplus target on the former Federally Administered Tribal Areas (FATA) merger with KP province and related administrative concerns, the minister said, “I own the letter” and “I wrote it myself” and requested the federal government to resolve the budgetary issue.