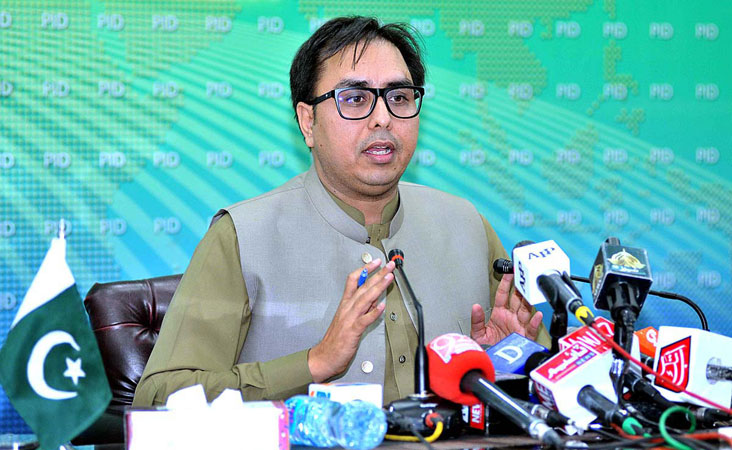 Pakistan Tehreek-e-Insaf (PTI) leader Shahbaz Gill is willing to apologize for his controversial remarks, his lawyer told a district and sessions court in Islamabad when it resumed hearing Gill’s bail plea in a sedition case on Monday, a private TV channel reported.

During the hearing, held in the court of Additional Sessions Judge Zafar Iqbal, Inspector Arshad appeared before the court with the case record. Gill’s lawyer, Burhan Muazzam, asked the court for permission to see the record, to know what the evidence against Gill was. The court granted the permission and ordered the police to show the record to the accused’s lawyer, and announced a short break. Later when the hearing resumed, the counsel told the court that the police did not show Gill’s statement under 161. The court then directed the investigating officer to show the statements.

While giving arguments, Gill’s lawyer contended that the complainant of the case city magistrate levelled allegations of sedition on the PTI leader after extracting different bits from the transcript of his remarks. “Gill never thought about committing treason. There must be a misunderstanding about Gill’s statement which he is willing to clear,” he said. “An incorrect tweet was posted after the army aircraft accident and it later went viral. There is no fault of Shahbaz Gill in that,” the lawyer said, adding that the accused PTI leader even demanded punishment over the wrong tweet. On the strategic media cell, Gill’s lawyer said that the purpose of this cell is to create a rift between the PTI and the army and there is a mastermind behind it – who he wouldn’t name – who provokes creating propaganda against Imran Khan and PTI. “How could it be possible that Imran Khan or his party is against the martyrs of the Pakistan Army?” he asked.

Making a reference to the Asia Bibi blasphemy case, the lawyer said that a case is not valid if an accused hasn’t incited hate towards the army but the complainant says they have. He said that the PML-N insists that Gill has committed treason against the army. “How can they give a meaning of their choice to Gill’s remarks?” he asked. “My client has been and is standing by the army,” he added. The court will announce the verdict on PTI leader Shahbaz Gill’s bail petition today. Two days earlier, the sessions court had given the office investigating Gill’s case a “last chance” to appear before the court with the case record.

On August 27, the hearing of Gill’s bail application was adjourned for a second time due to the investigating officer’s absence.

Additional Sessions Judge Tahir Abbas Supra was conducting the hearing, during which prosecutor Raja Rizwan Abbasi and the lawyers of the accused were also present.

The prosecutor informed the court that the record was not yet available as the investigation officer was in Karachi.

Gill is booked in a sedition and arms recovery case and is in jail after he was sent on a judicial remand following back-and-forth hearings and his counsel’s repeated allegations against the Islamabad police.

Gill was arrested on August 9 in Islamabad after a sedition case was filed against him for inciting mutiny within the Pakistan Army. He was already facing sedition charges, but the Islamabad Police – last week – also registered a case against the PTI leader over possession of an illegal weapon.

He was booked in the case after police raided the incarcerated PTI leader’s room in Parliament Lodges late Monday – where they recovered weapons, a satellite phone, and foreign currency. The PTI has repeatedly demanded that the party leader be released on bail, alleging that he is facing humiliation, torture and sexual abuse in police custody.

Gill, during the raid at his Parliament Lodge’s residence, also told journalists that he had been sexually assaulted. The party leader also asserted that he was denied treatment for asthma; however, the federal government and police have refuted the allegations. The Human Rights Watch (HRW) has also demanded an immediate, independent, and transparent investigation into the alleged torture of Gill in police custody.