The political theatre in Pakistan has been heating up at a time when the sizzling summer heat has been subsiding. It is getting tougher for all the major political players and their parties. The man on horseback is giving sleepless nights to some of them while others are suffering due to their fattened egos. The MQM has already been cut down to size by the Rangers’ operation. Its penchant for violence has been neutralised and the big lips of its Fuhrer have been zipped up. Its capacity to bring the financial hub of the country to a standstill, often at the drop of a hat, has been considerably reduced, if not completely eliminated. The ploy of resignations hardly improved its bargaining position vis-à-vis the military establishment. The fuming and roaring of its supremo has failed to weather the operational storm.

The conciliatory approach of the PPP in the aftermath of the outrageous thundering of its co-chairman against the security forces provided some respite but that seems to be too short-lived. Once again, the federal investigative and security agencies have upped the ante against the close confidantes of the former president, Asif Ali Zardari. The party cadres are already in the doldrums; it can neither bark effectively nor pose any threat of biting its own. The reorganisation of the party in the length and breadth of the country will test the mettle of its young leader, especially in Punjab where the PTI has emerged as an alternative option. The new leader of the PPP has inherited too many of the close buddies of his father but has hardly inherited the charisma and energy of his mother and grandfather. So far, he has failed to make any meaningful impact on the slippery political landscape of Pakistan.

Imran Khan has regained some of his lost ground with the three consecutive decisions of the election tribunals in his favour. However, the PML-N’s decision of contesting the verdicts of the tribunals in the electoral arena instead of the higher courts has put it in an awkward position. In case the PTI loses the by-election, especially in the two constituencies of Lahore, it will have far reaching ramifications for the party. Its prospects for the 2018 general elections will be greatly compromised. However, if the PML-N loses then the disgruntled parties of Sindh — the MQM and PPP — may also join the PTI in the chorus for a re-election. This must-win situation for both the parties will keep the political barometer of the country high for the months ahead.

Operation Zarb-e-Azab, originally launched against militancy, has morphed into a crusade against corruption. At present, the parties of Sindh are feeling the heat but sooner or later the crusaders will knock at the door of the ruling PML-N as well. The list of mega scams has already been presented in the Supreme Court (SC) by the National Accountability Bureau (NAB). The words of the well known Martin Niemöller, the outspoken public foe of Adolf Hitler, aptly describe the predicament of the ruling PML-N about military activism in recent months:

“First they came for the Socialists, and I did not speak out Because I was not a Socialist.

Then they came for the Jews, and I did not speak out Because I was not a Jew.

Then they came for me, and there was no one left to speak for me.”

To give this war against corruption-cum-militancy even a semblance of neutrality, it will be soon extended to the largest province and the Centre as well. Though presently the PML-N is singing hymns in favour of the Rangers’ operation, deep down in their hearts the stalwarts are feeling the arrival of the storm.

‘Let us enjoy the papacy since God has given it to us’ remained the guiding principle of all major political parties and their leaders. However, this dictum of Pope Leo X is not going to work anymore for our political class. The political landscape has considerably changed in the last few months and it may even change faster in the coming months. The political parties are finding it hard to reconcile with the newly emerging realities. 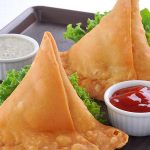