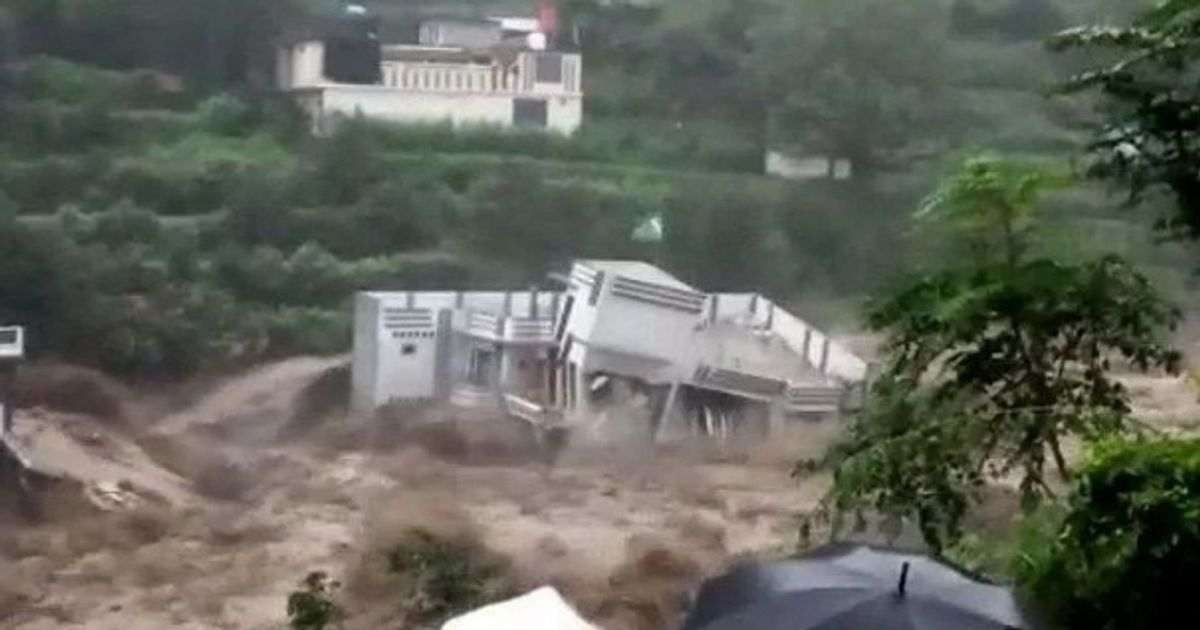 SWAT: Besides colossal humans and material losses, the devastative floods have brought havoc to communication infrastructure including roads and bridges in Khyber Pakhtunkhwa where several upper areas of Swat and Dir districts were cut off from rest of the country hampering relief operations.

Damaging 3161.5 kilometers roads and 149 bridges in Pakistan, the floods have swept away Tangi bridge near Monda headworks in Charsadda district affecting traffic flow between Charsadda and Peshawar while about 200 tourists were trapped in Mahudhand lake due to severe damage of Kalam-Mataltan road in Upper Swat.

Junaid Khan, Deputy Commissioner Swat while confirming trapping of 200 tourists at Mahudhand lake said the district administration was in contact with these tourists, who would be rescued after completion of rescue operation at Mataltan and upper Kalam.

He said that 15 female teachers trapped in a hotel in Kalam were successfully rescued and they had reached Kabal Swat. According to National Disasters Management Authority, since June 14 to August 27, 2022, a total of 3161.5km roads, 149 bridges and 122 shops were destroyed and damaged during recent devastative record breaking floods in the country including KP.

The national calamity has played hovac to roads infrastructure in Sindh where 2,328km roads, 60 bridges and 45 shops were destroyed/damaged by the killer floods hampering relief operations. Likewise, 115km roads and 12 bridges in Punjab, 6.5km roads and seven bridges in KP, 710km roads and 18 bridges in Balochistan, 710 km roads and 17 shops in AJK were washed away by the gushing water.

Besides 982 human deaths and 1456 injuries, the natural calamity has several affected roads connectivity in upper areas of Swat including Madain, Kalam and Bahrain areas that were adversely affecting rescue operations. Deputy Commissioner Swat said that rehabilitation works at Madain-Bahrain has been started to provide relief to flood hit people.

By today’s evening, he said that Madain-Bahrain road would be reopened for people that would also help expedite relief operations and transportation goods to facilitate floods victims.

Deputy Commissioner said that 66 people stranded in Kalam were rescued and shifted to Khwazakhela. Besides destruction to hotels, gardens and standing crops, the floods also swept away 802,583 livestock inflicted great losses to farmers and livestock owners.

“Floods have swept away my 20 goats and sheeps as the killer gushing water did not give me time to shift it to safer places,'” said Khan Gee, a poor shepherd of Barikot Swat while talking to.

When the flood struck our village, the poor shepherd said he along with his brother rushed to shift their livestock from cattle farm to safer places, but within moments we saw ourselves stranded in six-feet floodwater with people screaming and running for their lives in a desperate condition.

He said all the livestock were swept away by the gushing water in a jiffy and he suffered over one million losses. The poor farmer requested the Government to provide compensation to flood victims at earliest so that they could restart their business under the Prime Minister’s relief package.

Advisor to Prime Minister on Political and Public Affairs, Ameer Muqam has said that all the concerned authorities including National Highway Authority (NHA) was mobilized to rehabilitate road links in floods affected areas.

He said NHA and PESCO have been directed to expedite efforts in flood affected areas and efforts were underway to mitigate sufferings of people including those who are residing in hilly areas and are faced problems due to damaging of roads and bridges.

PM advisor informed that Gird Station of Khawazkhela and Tank has been rehabilitated and efforts are underway to start all the grid stations affected by recent floods. He said that authorities were also monitoring rehabilitation and restoration work.

The provincial government has been contacted to rescue people stranded on rooftops in areas of Charsadda and Nowshera besides hills in Swat and Dir districts.