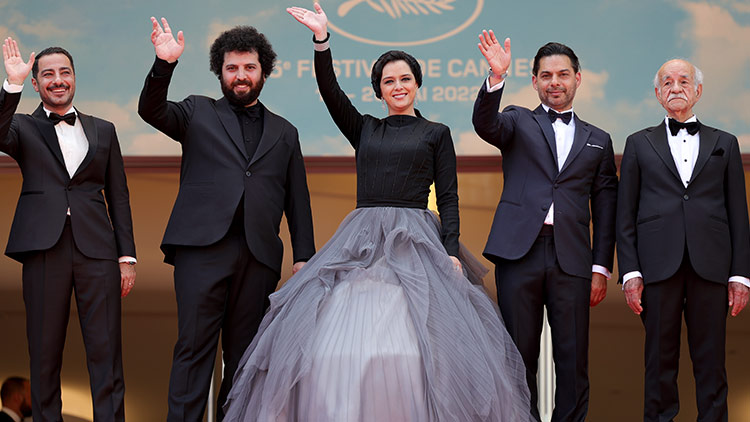 – “The Whale” by Darren Aronofsky (US) with Brendan Fraser, Sadie Sink, Samantha Morton

– “Tar” by Todd Field (US) with Cate Blanchett

– “Bones and All” by Luca Guadagnino (US) with Taylor Russell, Timothee Chalamet, Mark Rylance

– “The Eternal Daughter” by Joanna Hogg (US/Britain) with Tilda Swinton

– “The Banshees of Inisherin” by Martin McDonagh (Ireland/Britain/US) with Colin Farrell, Brendan Gleeson

– “All the Beauty and the Bloodshed” by Laura Poitras (US)

– “The Lord of the Ants” by Gianni Amelio (Italy) with Luigi Lo Cascio, Elio Germano

Timothee Chalamet as a love-sick cannibal, Harry Styles in his first leading role, Ana de Armas as Marilyn Monroe — a new generation of stars steps into the spotlight when the Venice Film Festival kicks off Wednesday.

Ninety years since its first edition, the world’s longest-running film event also boasts a raft of award-winning directors in its line-up this year.

Perhaps the most anticipated premiere will be for Monroe biopic “Blonde”, a dark retelling of the icon’s tragic life.

Its Australian director Andrew Dominik has, with typical modesty, declared it “a masterpiece” and it threatens to propel Armas from rising star to fully fledged A-lister.

Meanwhile, the army of Chalamet fans are ravenous for “Bones and All”, reuniting him with “Call Me By Your Name” director Luca Guadagnino for what is billed as a “cannibal romance”.

And the internet can barely contain itself over the premiere of “Don’t Worry Darling”, starring Styles — one of the biggest-selling musicians in the world — alongside Florence Pugh in a thriller about an isolated 1950s community.

Amid a wave of rumours about its sex scenes and a supposed rivalry between Pugh and director Olivia Wilde (also Styles’ girlfriend), it is not yet known whether the singer will appear in Venice.

The festival, which runs until September 10, is well-timed to kick-start Oscar campaigns, and Hollywood has increasingly used Venice to launch prestige productions such as “A Star is Born”, “La La Land” and “Nomadland”.

This year sees the return of director Darren Aronofsky, who won the top Golden Lion prize in Venice in 2008 for “The Wrestler” and launched his Oscar-winning “Black Swan” at Venice.

His new film “The Whale” stars Brendan Fraser, who has been largely absent from the screen since his heyday in films like “The Mummy” two decades ago, but is picking up a lot of early hype for his transformation into a morbidly obese man trying to reconnect with his daughter.

Another Venice regular, Alejandro Gonzalez Inarritu, is back in his native Mexico for family tale “Bardo” after two US hits — “Birdman” (which won the Golden Lion and best film Oscar) and “The Revenant”, which snagged a long-awaited Oscar for Leonardo DiCaprio.

Venice has a key advantage over its main rival, Cannes, since the French festival is partly run by cinema owners who refuse films from streaming services.

“Blonde”, “The Whale” and “Bardo” are all Netflix movies — as is opening film “White Noise” starring Adam Driver and directed by indie favourite Noah Baumbach.

– From Iran to Ireland –

Hollywood and Western Europe dominate the selection of 23 films competing for the hearts of a jury led by US actress Julianne Moore.

One notable exception is Iran’s award-winning filmmaker Jafar Panahi, whose “No Bears” is premiering barely a month after he was imprisoned amid a crackdown on dissident directors.

Also bound to stir political controversy is a new documentary from Laura Poitras, who follows her films about whistleblowers Edward Snowden and Julian Assange with “All the Beauty and the Bloodshed” about the family pharma group behind the US opioid epidemic.

Other stars expected to grace the Lido island are Cate Blanchett, playing a music conductor in “Tar” and Hugh Jackman in domestic drama “The Son”.

They are in their native Ireland for “The Banshees of Inisherin”, hoping to repeat McDonagh’s success with “Three Billboards Outside Ebbing, Missouri”, which won the screenplay award in Venice five years ago.