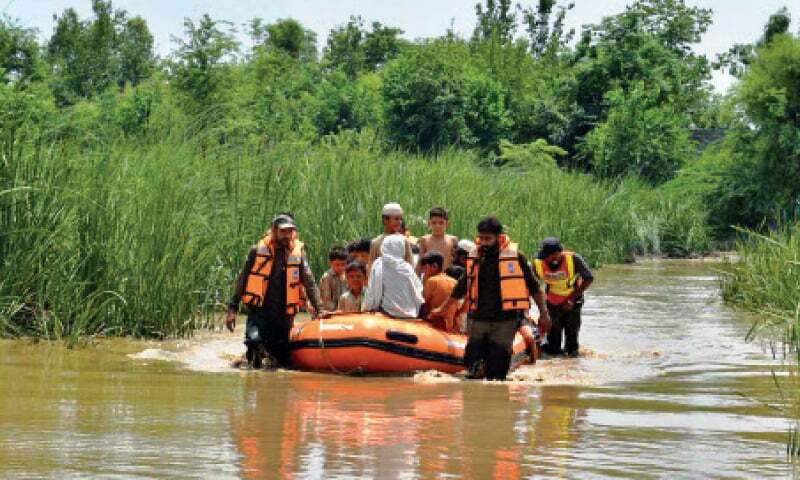 Khyber Pakhtunkhwa (KP) saw yet another day of fatalities and destruction On Saturday as three more people lost lives in Swat due to landslides and floods, and authorities in Nowshera reissued an evacuation order due to a “very high flood” in the Kabul River.

In the midst of the record rains that plunged the majority of the country into a catastrophe, a rain emergency continued to be in effect in numerous sections of the province.

As the flow in the Kabul River surpassed 250,000 cusecs, causing a “very high flood” in the water body, Nowshera Deputy Commissioner (DC) Mir Reza Ozgen reiterated his appeal for the migration of the district’s people to safer regions.

More than half of Pakistan is already under water, and flash flooding caused by unusually heavy monsoon rains—which are now in their eighth spell and showing no signs of abating—has forced millions of people from their homes.

According to the most recent estimates, flooding caused by rains that affected almost 33 million people, or roughly 15% of the population of the country, has claimed the lives of close to 1,000 people, including 300 children.

He will assess the damage caused by the floods and overview the relief efforts underway.