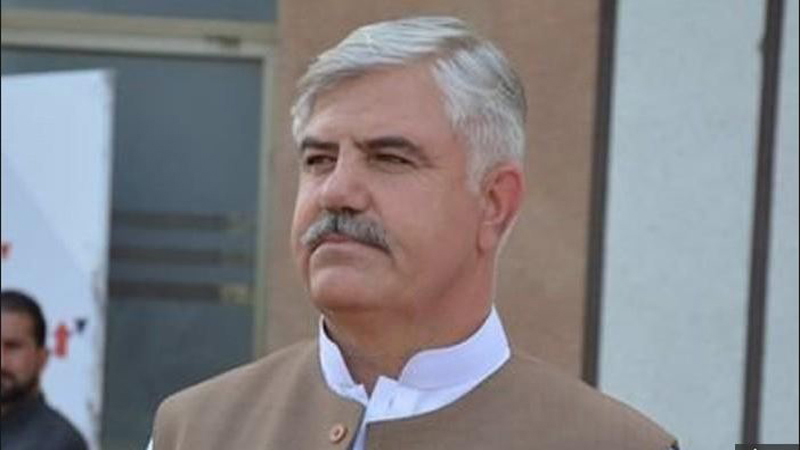 Shahram Tarakai and Anwar Zaib Khan on Thursday took oath as provincial ministers in the Khyber Pakhtunkhwa (KP) cabinet. The oath taking ceremony was held at the Governor House, here today. Shah Farman administered oath to Shahram Tarakai and Anwar Zaib Khan. Chief Minister KP Mahmood Khan was also present in the ceremony. Earlier this year, the Khyber Pakhtunkhwa (KP) government had removed its three ministers Shahram Tarakai, Atif Khan and Shakeel Ahmed from their positions who were allegedly the masterminds of ‘a pressure group’. In the month of January, the Khyber Pakhtunkhwa (KP) government had made major reshuffling in provincial cabinet. The move was taken by CM KP Mahmood Khan after displeasure and non-happiness with the behaviour of the majority of the cabinet members. As per notification, nine special assistants and two new ministers were inducted in the provincial cabinet of KP.