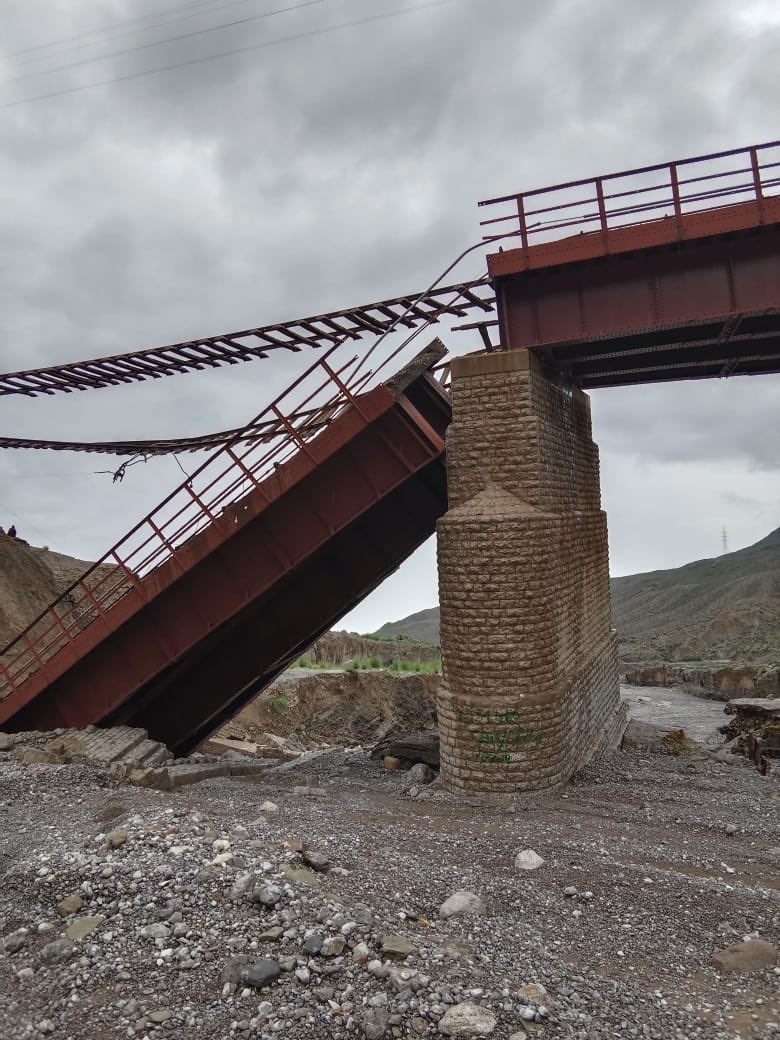 The capital of Balochistan, Quetta, was cut off from the rest of the nation on Friday as a result of the relentless rain that had been lashing the city all day.

Rescue attempts were delayed by the city’s air and land routes, as well as by the intense overnight rains that also disrupted internet and cell phone connection.

Flights to and from Quetta’s airport were also halted as a result of the collapse of a vital railway bridge linking Quetta to other regions of Pakistan.

The railway bridge collapsed near the Mach area in the Bolan district in the early hours of Thursday, which also suspended trade with Afghanistan, Iran and Turkey, a Pakistan Railways official said.

The rail bridge linking Quetta with rest of Pakistan(between Hirok-Dozan stations) has been damaged due to high flash floods leaving train operations suspended .Hope it will be repaired soon by Pakistan Railways. pic.twitter.com/p4GibY5YpA

“Authorities have launched efforts to repair the bridge that was built by the British in 1885,” the official added.

The city government issued a flood alert and advised residents to call 03368186794 and 03361187348 in case of emergency due to the quickly deteriorating situation.

Unfortunately, since there has been no electricity since last night, it is unable to contact police officers or civil administration at the provided phone lines.

Faisal Tariq, a PDMA spokesman for Pakistan, stated that hundreds of people were stuck as a result of flooding following the severe rains, but that rescue attempts were in progress to transport people to safe locations.