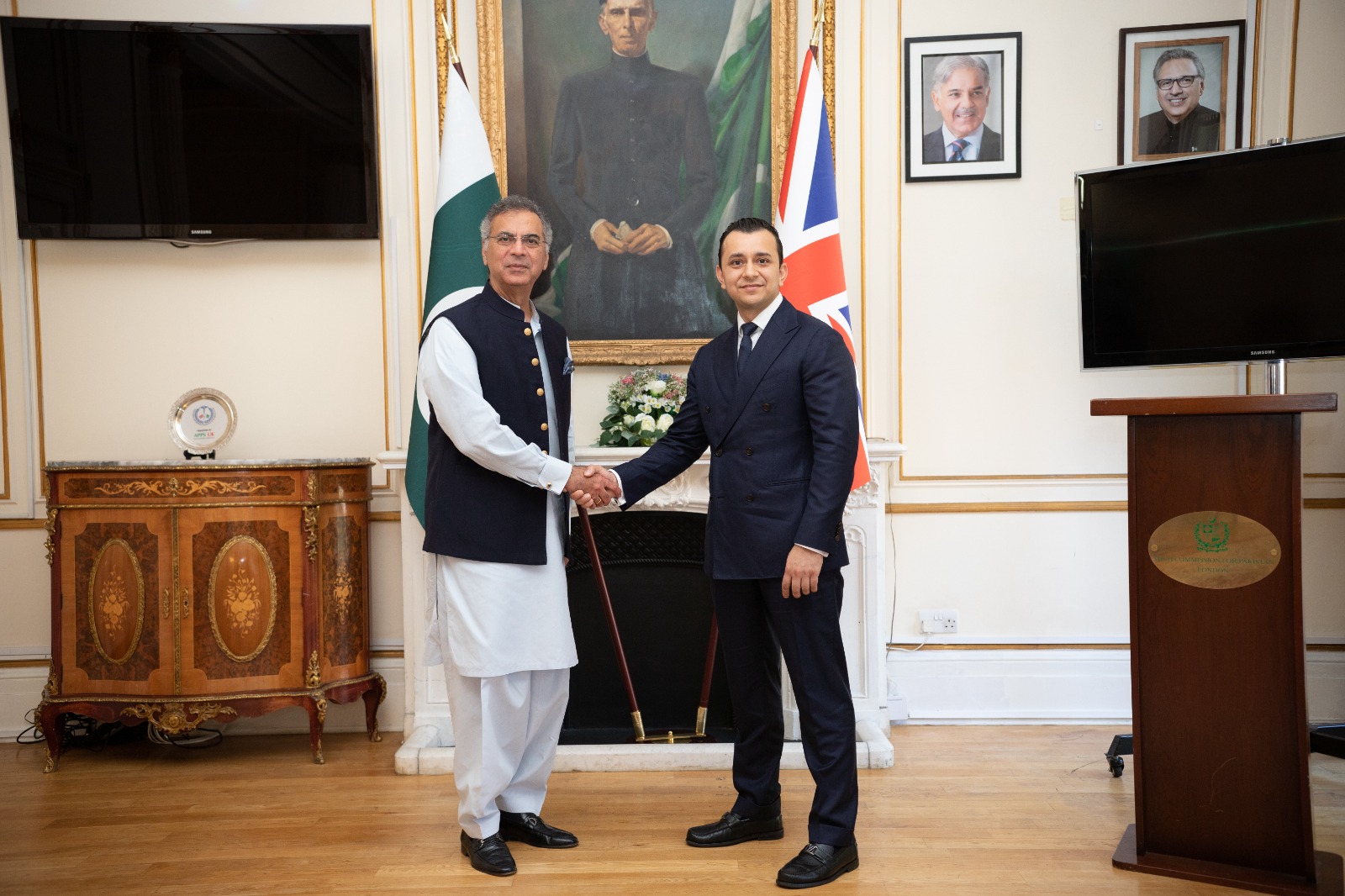 The campaign, being run in collaboration with London based leading real estate developer ONE Homes, features the beauty of Pakistan and its culture from Islamabad Monument and K2 to Badshahi Masjid and the three World Cup footballs Pakistan has produced.

Commenting on the campaign, High Commissioner Moazzam Ahmad Khan said: “We’re proud to launch this campaign to celebrate 75 years of Pakistan’s independence and 75 years of Britain and Pakistan relations. 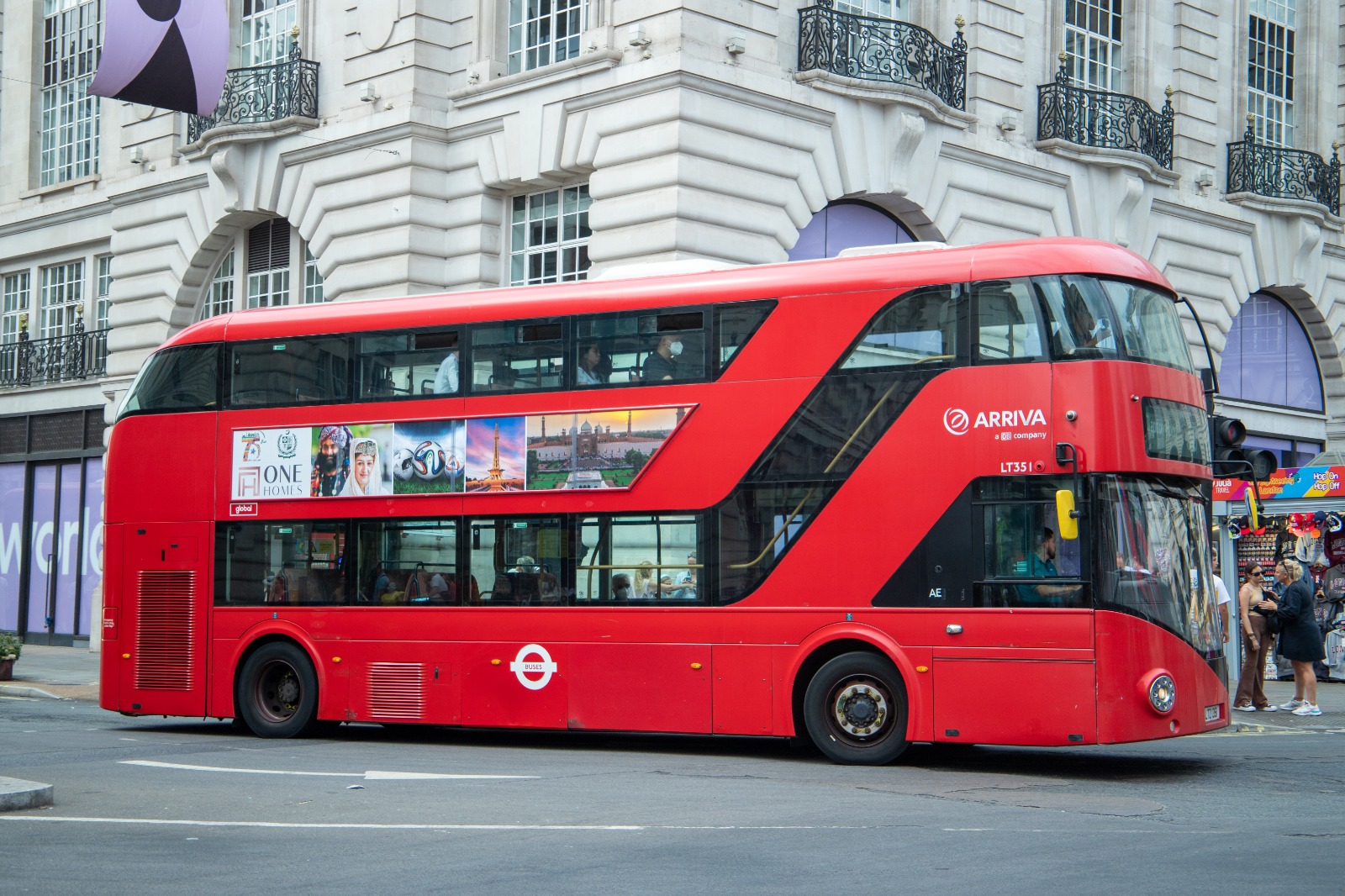 Pakistan’s diversity and beauty is unparalleled and we have featured various elements in this campaign which will be seen by millions in the global melting pot of Central London. I would like to thank ONE Homes for supporting this campaign and continuing to promote Pakistan across the world.”

The campaign which runs along London’s busiest routes including Oxford Street, Edgware Road, Piccadilly Circus, and London’s famous Harrods department store is expected to be seen by over 10 million people over the course of the campaign. 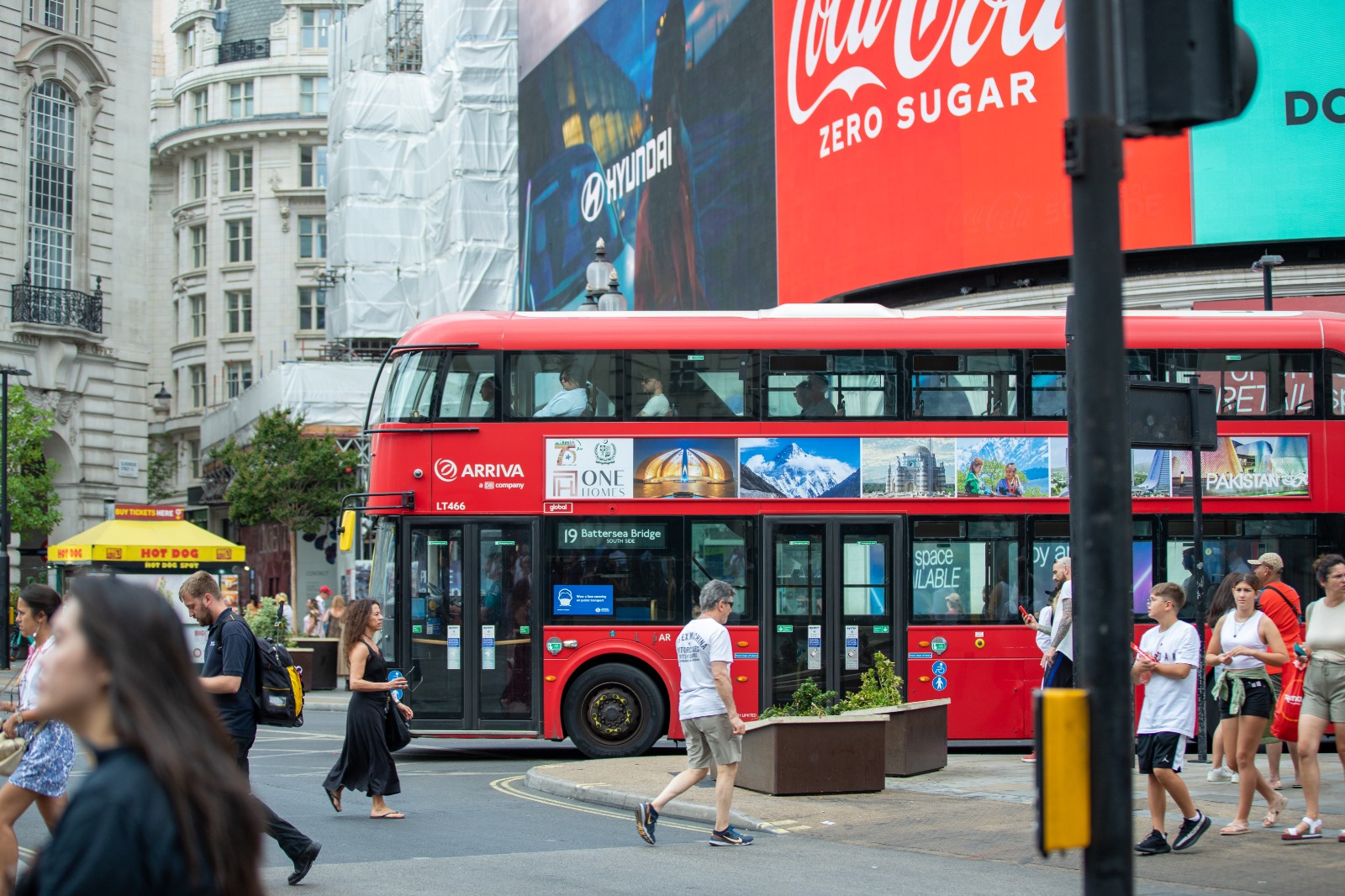 Pakistan’s Ambassador-at-Large on Investment, Zeeshaan Shah said: “London is the capital of the world and the United Kingdom a nation Pakistan has a rich shared history with.

There is no better place in the world than the beautiful city of London to celebrate 75 years of Pakistan’s Independence and 75 years of Great Britain and Pakistan’s bi-lateral relations.”

London’s red double-decker buses have become a global icon with leading brands using them to project themselves to wealthy global audiences.

Commenting on the campaign, Aqib Hassan Chief Commercial Officer of ONE Homes said: “We are proud to support this campaign and be part of such a fabulous initiative.

Pakistan’s economy has been a hugely upward trajectory in recent weeks and experts expect this momentum to continue as key economic reforms are taking place.

Our group has wide spread business operations from the US, London, and Dubai to Pakistan, and we will always support Pakistan and keep flying our motherlands flag.

As those of Pakistani heritage it is our responsibility to give back to the country which gave us the platform to be leaders across the globe.”