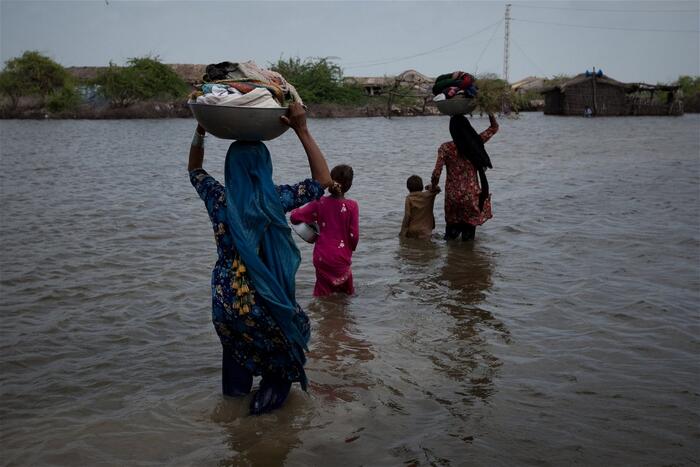 Islamabad: The European Union is providing €350,000 (nearly PKR 76 million) to provide crucial humanitarian assistance to families affected by severe flooding, which has wreaked havoc across many parts of Pakistan.

The aid will focus on addressing the urgent needs of those most affected in some of the hardest-hit districts of Jhal Magsi and Lasbella in the southwestern Pakistani province of Balochistan.

“The devastating floods have left a trail of destruction in Pakistan, causing many to suffer the loss of their homes, livelihoods, and belongings,” said Taheeni Thammannagoda, who oversees EU humanitarian programmes in Pakistan.

“The EU funding will help get vital assistance to the most vulnerable people to support them during this hard time.”

This includes the provision of cash transfers to help flood-stricken families to meet their immediate needs, primary healthcare services, with a focus on water-born and communicable diseases, which are common after a flood, as well as nutrition support.

The programme will also provide psychological support to vulnerable groups such as women, adolescent girls, and children.

The EU funding is being made available via the European Civil Protection and Humanitarian Aid Operations (ECHO) of the European Commission, through its Small Scale Response mechanism.

Since early July, above-normal monsoon rains have caused major flash floods in over 100 districts of Pakistan. As a result of the floods, around one million people have been affected across the country, including more than 600 killed and more than 23,000 displaced, according to the government’s National Disaster Management Authority.

The floodwaters have also damaged over 70,000 houses, some one million acres of crops, and extensive stretches of roads. Balochistan has been the worst hit province so far.

ECHO’s Small Scale Response fund is a global mechanism which allows for rapid funding for up to € 500,000 for humanitarian aid in countries affected by natural and man-made disasters.