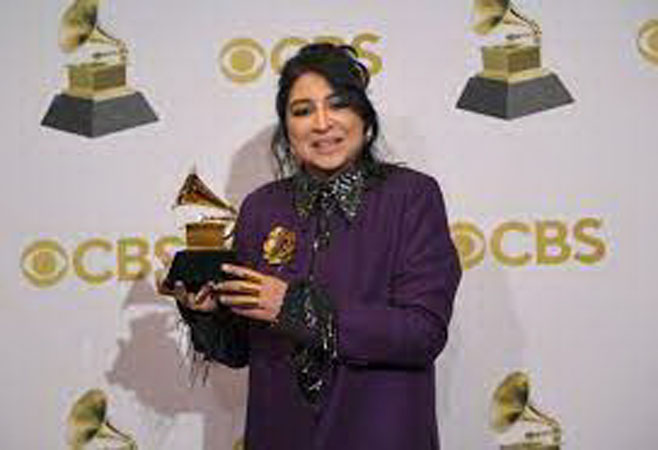 Globally famed singer Arooj Aftab has added another feather to her cap as she has received the prestigious honor, Pride of Performance award, reports.

On the occasion of the 75th Diamond Jubilee Anniversary of the country, the President of Pakistan Dr. Arif Alvi conferred Pakistan civil awards on 253 Pakistani citizens as well as foreign nationals.

The 37-year-old vocalist received the highest literary award for showing excellence in the field of art and music.

Brooklyn-based Pakistani star made her country proud after winning the first-ever Grammy award at the 2022 Grammys.

Arooj bagged the award for Best Global Music Performance for Mohabbat at the 64th Grammy awards.

The citizens were honored with awards in recognition of their contribution in different fields. The ceremony of these awards will take place on Pakistan Day, March 23 2023.