At the dawn of the previous democratic interregnum, circa 1990, at a dinner at a friend’s home in Lahore, mostly attended by media types, I was told that one could write almost anything in any newspaper in Pakistan except open criticism of the army, the mullahs and religious excess. I did not take it too seriously since I was still living in the US but, on my return to Pakistan more than a decade later, when I started writing for this newspaper I kept that advice in mind. Interestingly, over the earlier part of the previous decade, even though a uniformed general was running the country, he did tolerate considerable criticism in the press. The mullahs, on the other hand, were indeed unpredictable. And religion as a topic was to be avoided except in support of true believers and their actions.

The ultimate when it comes to accepting or ignoring personal criticism in the press has to be the former president, Asif Zardari. Perhaps it was Zardari’s perpetual smile that drove his critics to utter distraction. With the arrival of the PML-N governments in Punjab and then at the Centre, criticism of the PML-N leaders has become a trifle fraught. Also, criticism of the army has, according to some, become a bit more dangerous than it was under Musharraf. From my perspective as an op-ed writer for this newspaper over the last decade, I have realised that people in power, democratically elected or otherwise, are equally sensitive to any critical examination of their activities. As far as those that are responsible for ‘under cover’ activities, one must give them a wide berth when it comes to discussion about what they do and who they do it to.

Recently though a new wrinkle has been added to the list of things we need to self-censor. It is criticism of ‘friendly’ countries and or their leaders. Here arises an unusual problem: the powers that be did not name the friendly countries that cannot be criticised. By convention we know what countries can be referred to quite derogatively. These include our three neighbours though the two on the west could suddenly flip over and become friendly before we can even say friendly country. So, that leaves India, Israel and the US as the countries that we can vilify to our heart’s content. But herein lies the rub: certain countries that agree with some of the rather controversial policies and attitudes of the US are at the head of our most friendly countries’ list. This then makes it difficult to criticise certain US policies when they are being supported fully by our dearest friends.

As it is, the US could really become a very friendly country above any criticism at the drop of a hat or approval of a few billion dollars in aid, or both. Therefore, to protect poor media flunkies and small time op-ed writers from accidentally criticising a friendly country it is imperative that the government ministry or its appropriate branch responsible for determining the friendliness of any country put out a list of friendly countries every week. We all, however, know that as far as the PML-N government is concerned, criticising Saudi Arabia and its rulers is second only to blasphemy and deserves punishment along similar lines. The same can be said of criticising the Emirates and other Gulf States that house, support and provide protection during times of need to our local bigwigs. Another problem of criticising any of these countries is that many of our local mullahs survive on the largesse of these friendly countries and if these producers of such largess are criticised then the recipient mullahs might pick up their proverbial cudgels. And inciting or exciting the mullahs, as mentioned above, is risky business.

There is, however, one saving grace about being an op-ed writer for an English language newspaper. Very few people in Pakistan actually read these newspapers. Most of the comments that appear in the online editions originate from readers outside Pakistan. Within Pakistan, there must be some bureaucrats both in the civil governments as well as in the military who are supposed to read newspapers and watch news programmes to see that whichever ‘agency’ they work for is not maligned. Most mullahs fortunately cannot read English. As far as criticism of local politicians is concerned we already have pretty active internet trolls that monitor and respond to such stuff. Who will monitor criticism of friendly countries remains to be seen.

Pakistan supposedly has a free media except for the constraints mentioned above. Not only are most of us already forced to self-censor what we write but also such censorship is going to become even more intense. Besides the army, the mullahs and religious sentiments we now must avoid criticism of friendly countries. Can this be called freedom of the press? 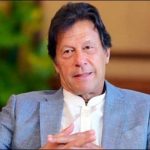 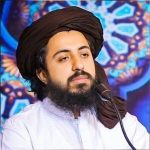 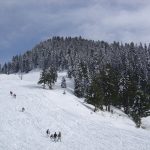