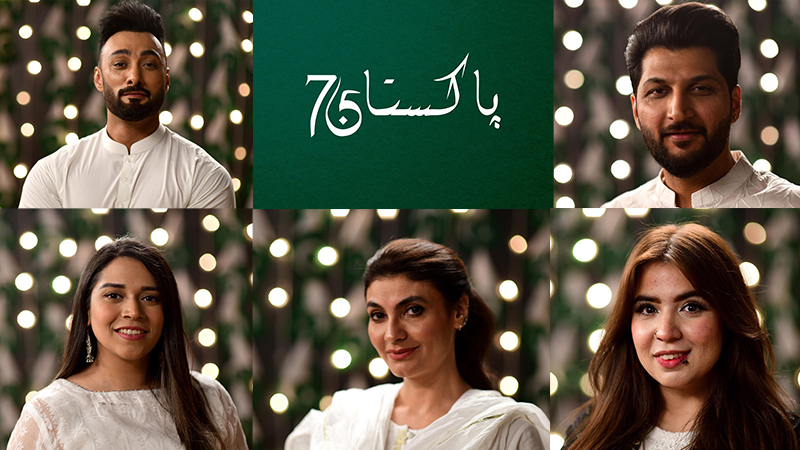 The Pakistan Air Force (PAF) releases a song in honour of Pakistan’s 75th anniversary of independence.

PAF releases song to honours the courageous Shaheens (eagles) of the Pakistan Air Force who are ever vigilant and prepared to defend their nation. The song also emphasises the Pakistan Air Force’s efforts to become more innovative and independent in order to improve its operational capabilities.

Additionally, the commitment that every Air Force member will make any necessary sacrifices to uphold Pakistan’s honour has been reaffirmed in the National Anthem.

Pakistani nation will celebrate 75th Independence Day on August 14 (Sunday) with traditional zeal and enthusiasm through a number of activities to highlight the struggle of our forefathers and national heroes for acquiring a separate homeland.

The day will dawn with special prayers and a 31 gun salute in the federal capital and 21 gun salute at all provincial capitals. There will be a dramatic pause at 8:58 a.m. throughout the country with sounding of sirens to herald the flag hoisting ceremony at 9 a.m.

While special prayers will be offered in mosques at dawn for peace, solidarity and prosperity of the country.

The capital city has turned into green and white colour with a large number of Jashan-i-Azadi stalls carrying dresses, flags, bunting, pin badges, toys and other decorative accessories to attract the youngsters and children.