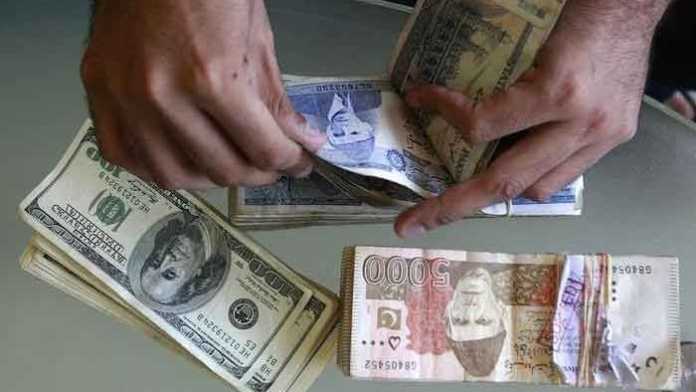 KARACHI: Rupee’s upward slide against dollar continues for the ninth consecutive working day, adding Rs 2.01 to trade at Rs 214.49 during intraday trade on Friday in the interbank market.

The rupee has kept strengthening against the dollar despite declining foreign exchange reserves because the system’s supply of foreign currency has constantly outpaced its demand.

Rupee’s upward slide against dollar continues. Due to the strengthening of the rupee, exporters are selling dollars on the market. They already withheld dollar shipments in preparation for more local currency devaluation.

According to data from the central bank, the rupee finished at Rs218.88 on Thursday. Over the course of the previous nine trading sessions, the exchange rate has increased by about 9% (or Rs21).

As the government has successfully met the requirements for the release of $1.17 billion in money, growing optimism regarding the restoration of a suspended International Monetary Fund (IMF) rescue package later this month is what is causing the rise.

News reports that Pakistan will receive a letter of intent from the Washington-based lender before this weekend sparked hopes of its securing the IMF funding soon, which helped rupee make fresh gains, given the perception the IMF’s endorsement is key to unlocking other foreign inflows and rolling over bilateral and multilateral loans.

The comforting statements from the government and the State Bank of Pakistan also lifted the rupee sentiment.

In a recent interview with CNBC, Pakistan’s finance minister, Miftah Ismail, said that the country has avoided a crisis similar to that in Sri Lanka.

Dr. Murtaza Syed, acting governor of the State Bank of Pakistan, is optimistic that, despite declining foreign reserves, the nation would soon close its $4 billion shortfall in external finance with the assistance of friendly nations and IMF guidelines.

Analysts claimed that the IMF program’s progress has allayed worries about the possibility of the country’s failure to make payments on its foreign debt. The IMF programme must be maintained if the economy is to remain stable.

The IMF board is expected to review the staff-level agreement with Pakistan, reached last month, at its meeting due on August 24. The board is likely to approve the release of the next two loan tranches. It will also consider increasing the size of the loan facility to $7 billion, up from the $6 billion agreed in 2019.