Throughout this year I have been reading articles on the advances of technology in artificial intelligence. From building cars to human beings themselves, technology is going to revolutionise everything and the question on everyone’s mind is: will it be creepy or awesome? For the sake of full disclosure, an admission must be made up front. I am not a technophobe but I most definitely value privacy over everything else be it safety, personal or communal, or improved day-to-day life as a result of efficiency. I am interested in being green but my carbon print is small so it does not overly concern me. The intrusion of technology is unavoidable here on out. That part is tragic for people like me. How much are those interested in providing it to us invested because of altruism towards mankind, on top of bottom-line profits that is and when do they take control of our lives without our knowledge or permission? How dependent do we want to be on machines and how many of us even care anymore if our reliance is in totality?

Let us start with buildings. They being ‘smart’ is the new frontier of going green in terms of construction, which means by definition that it maximises energy savings through improved technology. That is the good news. The Edge, the office of Deloitte and Touche in Amsterdam, is considered the smartest office building in the world today. Bloomberg did a feature on The Edge in September and this is how it starts: “It knows where you live. It knows what car you drive. It knows who you are meeting with today and how much sugar you take in your coffee (at least it will after the next software update.). From the minute you wake up, you are connected. The app checks your schedule and the building recognises your car when you arrive, and directs you to a parking spot. Then the app finds you a desk. Because, at The Edge, you do not have one. No one does. Workspaces are based on your schedule: sitting desk, standing desk, work booth, meeting room, balcony seat, or ‘concentration room’. Wherever you go, the app knows your preferences for light and temperature, and it tweaks the environment accordingly.”

Sounds very whizzy and impressive in terms of what all is available and happening simultaneously, especially the management of energy and reduction of its waste. As someone sans a smart phone who faces and ignores mocking criticism for not being ‘connected’, the work environment seems nightmarish compared to what mine was back in the 1990s in the consulting world. Still, I could be wrong. One would have to work there to actually discover if they could be happily productive in a workspace where nothing is the same on any two given days of the year from the temperature to the workspace to the locker where you keep your stuff for the day. On top of that, knowing that every activity is being logged and collected, both individually and cumulatively, for me is like being out on parole with a sensor around my ankle, even if it is in the hopes of being more effective. That sounds extreme, I am aware, since The Edge is the wave of the future and thousands of people will be working in these environments sooner rather than later. Telling them they will be working in Oz (as in the HBO prison drama) is hardly fair. The fact is that the coming generations born in the womb of technology find being connected at all times comforting. Everyone’s reality is different.

Driverless cars are on roads already albeit in experimental mode. Google’s self-driving car is functional in the form of a prototype. There is no steering wheel or pedal so the computer is in charge. 2020 is the year that Google predicts it will eliminate human driving although they are generally generous in their predictions as far as deliverability is concerned. Toyota, Tesla, Nissan and GM are also planning to have vehicles on the road in the coming years with varying abilities of being ‘smart’. But with automation comes its biggest downside: vulnerability to hacking. In the past, “when exploited, the hackers were able to use cellular connections to find out the car’s IP address and gain access from anywhere in the country. From that entry point the hackers were able to gain access to the chip controlling entertainment and rewrite firmware so that they could implant code to take over things like the engine and brakes.” Not just that. Researchers find that hacking can unlock cars remotely or even “cash in on these vulnerabilities by using a car’s GPS to locate someone in a remote area, then installing a ransomware-type virus on their car’s computer so that it will not work until a certain amount of money is transferred to the criminal’s account.” Being held for ransom inside one’s own vehicle, which would normally be one’s getaway, is a startling possibility. 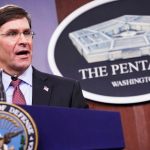 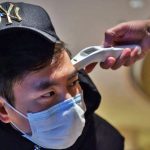 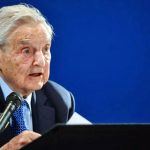