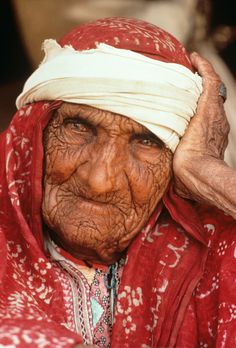 A voters list have been disclosed aged between 100 and142 years old. Over 20,000 voters registered on ECP ( Election Commission of Pakistan), most probably those people were the eyewitness of the British colonial rule, the World War II and the creation of Pakistan.

Door to door reverification of people above the age of 100 has carried out. It took place with an instructions of top election supervisory body.

The ECP will add the names falling into the above-hundred category to the voters’ list after getting them verified in the door-to-door campaign. The process will continue until August 13.

Interestingly, the oldest woman voter in Sindh is 142 years old from Mirpur Khas, whereas four out of ten elderly voters of 140 years are from Tharparkar, three from Badin, and one each from Ghotki, Larkana and Kemari. There are no voters in the age 125, 132, 133 and 141 years in the province.

If the voter lists are to declare to be correct, then these elderly voters of Sindh could safely presume to be eyewitnesses of the British rule. The Second World War, the struggle for Pakistan and its establishment as well as all the elections of the country.

Additionally, those aged 121 years are five including one male voter. Those aged 122 years include 11 women and 26 men. There is only one male elderly voter of 123 years in the province. There is no voter of 125 years while there are only two women voters of 126 years.