Melbourne: the most liveable city where living isnt cheap

MELBOURNE: Landing in a completely alien country with an aim of getting settled over there and that too for years or maybe for a lifetime, can be very challenging even for a wanderlust or a venturesome person. Same goes for the Pakistani students who shifted to Melbourne after anticipating better future in one of the developed countries like Australia.

Sagheer Yousafzai, a Pakistani now serving as a tax accountant in Melbourne, says that the city is expensive, which is why majority of the students have no option but to do low-skilled jobs like taxicab service, private security, or somewhere in restaurants.

“It is very difficult to cope with the exigencies of family life with a full-time study,” said Yousafzai.

Yousafzai, a graduate of the University of Central Queensland, also started his career from scratch by doing low-grade jobs and lived on subsistence level till he became manager at a restaurant.

He added that despite being expensive and challenging, Melbourne, however, stands second to none of the cities in grabbing the attention of millions of people across the globe. Low population, clean environment, liberty and respect for one’s personal or religious beliefs make the area a beautiful place to live in. And probably this is why, the Economist Intelligence Unit (EIU) declared Melbourne as the world’s most liveable city for six consecutive years in its ranking.

“Hiking with family is a good pastime since the cities are usually surrounded by small hills. Long drives and picnic are a routine as the local councils [municipal authorities] have set up BBQ areas in almost every park and beach,” he said.

Belonging to a landlord family of Mardan, Yousafzai said that life was difficult for him in Australia in the beginning since he did not have any servants what he had back home in his native village in Pakistan. He claimed that the social adjustments do take a while and people remain extremely busy as well, but one always finds like-minded people.

“Families go to mosques where one portion is reserved for women. A mosque is basically a place for social gatherings as well. Eid Milan parties, basant festival and other parties are also common,” he added.

Ahmed Hussain Kazim, hailing from Lahore city of Pakistan and presently based in Melbourne, says it is difficult to stay away from one’s family and friends.

“After moving to a foreign country, you are responsible for every action as little as cleaning your carpet if you spill a coke,” said Kazim, who recently graduated from the University of Swinburne.

Kazim also pointed out the challenge of finances. “While doing a job to make ends meet, either your grades drop or you lose focus of what you want to achieve before setting foot on Australian soil,” he asserted.

He believes that regardless of completing education in Australia, Pakistanis are highly capable of carrying out professional work as he thinks the education in Pakistan is highly competitive and up to par with Australian education.

“Nevertheless, gaining an Australian degree helps in gaining an understanding of the Australian requirements and the cultural exchange is vital to success in the job market,” he said, adding that he started working as a taxation accountant prior to graduation as he had a proactive approach and a vision in regards to what he wanted to achieve.

“Being the most livable city, you fall in love with the culture, the people, the environment and a sense of security in Melbourne. My heart belongs to Lahore but I consider Melbourne home. It’s foolish to sail in two boats, though,” he exclaimed.

About education, he added that universities in Australia are usually open till late and during exam season, the libraries are open 24/7 and they have great resources.

Moreover, he said that employers understand religious obligations. “Usually if you are working, you could talk to your employer ahead of time. One could take a day out of annual leave to celebrate Eid,” he added, “Pakistani community is growing over the years.”

During summers, going to the beach is a must but being a Lahori, Kazim shared that he is an avid foodie and discovers a lot of cafes which he likes much.

Upon asking about the life experience in the country; Rana Atif, Vice President of Pakistan Association Australia, said that this is the land of opportunities. It has got tremendous environment and facilities and people are employed and appointed on merit basis.

“Right after I did graduation in Information Systems and Commerce, I was hired by world’s top class consulting companies, and I received greater career opportunities since then,” he said.

He confessed that only those people would prefer to leave this country who simply do not want to come out of their comfort zones and who haven’t got what it takes to turn one’s dreams into a reality. “Apart from working diligently, I still get to spend much time with my family, which indeed is a blessing,” he added. “Australia is the most beautiful country in the world. Besides the natural beauty, its people are great, helpful and very cross-cultured.”

And who wouldn’t love the country where people follow their passion and dreams instead of peeking into others’ life? Probably no one, he answered his own question. 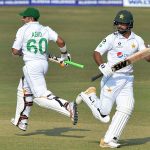