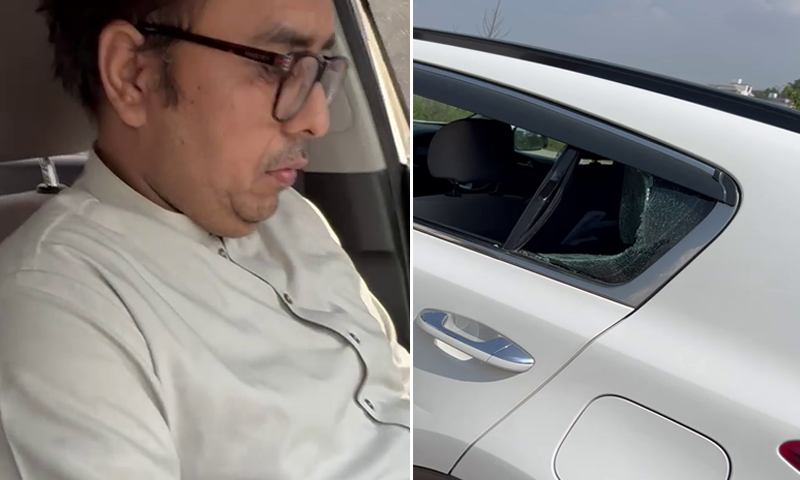 Punjab Chief Minister Pervez Elahi, a crucial PTI ally, on Wednesday distanced himself from Shahbaz Gill’s statement and said he made some contentious remarks on Wednesday that were purportedly meant to stir enmity inside the military.

“Khan’s directives are clear; a person who speaks against the army is not a Pakistani,” he said.

“Tehreek-e-Insaf’s leadership should definitely distance itself from Shahbaz Gill’s statement. Even I issued a statement against it,” the chief minister added.

Today, a court in Islamabad granted a two-day physical remand of the PTI leader to the police. Ahead of being presented before the court, Gill told journalists that he is not “ashamed” of his statements.

Elahi further claimed that he chastised Gill for his remarks, challenging him to explain how he believed he could control PTI’s narrative.

“These are our institutions. You gave a statement against the Pakistan Army, are you dumb?” Elahi said, sharing his conversation with Gill.

The Punjab CM noted that Gill’s statement did more harm than good to the PTI and its allies.

Moving on, Elahi said that political differences would continue to persist, but there would be no issues between the Centre and the provincial government when it will come down to the country’s interest.

Elahi added that before Prime Minister Shahbaz Sharif visited the flood-affected areas in Punjab, he sent Punjab Inspector-General of Police Faisal Shahkar and the province’s chief secretary to visit the areas.

“I told them that we will follow every direction of the prime minister,” he said.

Elahi said that despite the Punjab IG and chief secretary being appointed on “Shehbaz’s directions”, he welcomed them with an open heart.

“The chief secretary is leaving the post due to some other reason,” Elahi noted, ruling out that he intervened in the work of bureaucracy.