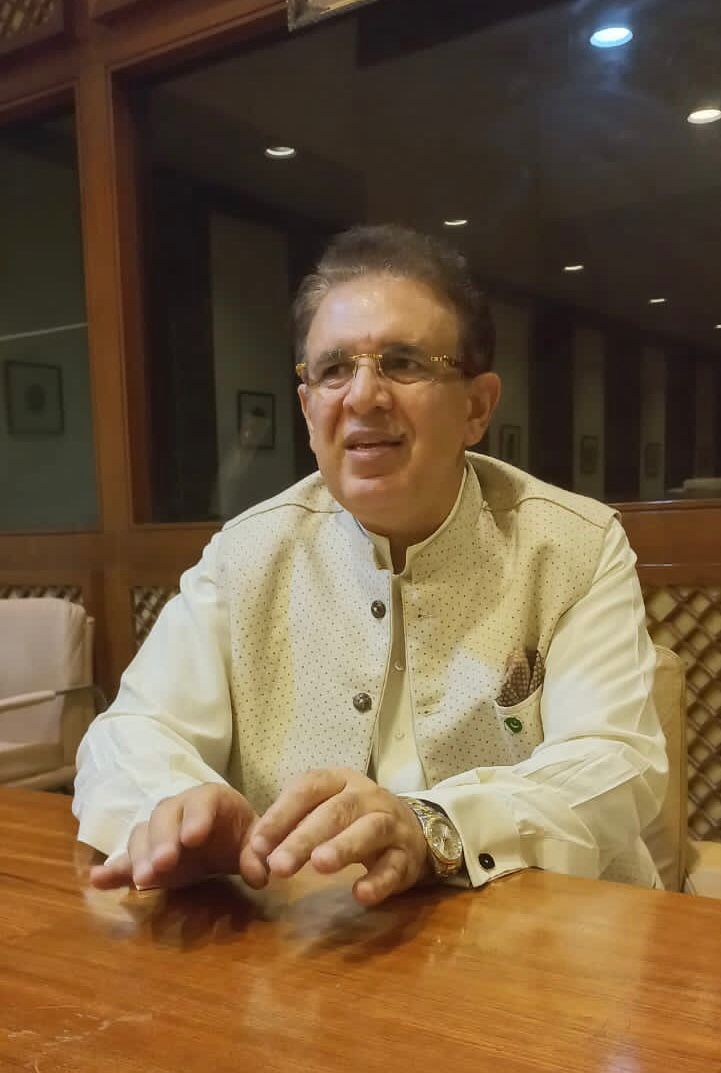 Senator Dr. Humayon Mohmand; a well-known cosmetics surgeon, is the Chairman Senate Standing Committee on Health. He runs his own private clinic. His works has been internationally recognized in 50 publications, 23 textbooks chapters. Additionally, he is a part of the international faculty.

Mohmand says. “I never preferred nor joined government job because scoring the highest in grading system had never been my priority as it’s a Rat Race”. As a professional doctor, I want to join Horse Race; therefore, I opened my own Private Clinic.

Dr. Humayun Mohmand expressed his views on the tussle between PMDC and PMC and said, “We need to progress and compete in medical fields internationally as we have been lacking various fields amongst international platforms”.

He shared one of his experiences of getting an experience letter from PMDC, that despite submitting fee three times he wasn’t able to get it without any recommendations and waited for 6 months.

He further added, “No system is perfect, every system has flaws. When PTI Government came into power, they emphasized reviving and revamping the health and education system which is the core of human development”.

“I came out from an old system of PMDC where the medical bodies of the country would come through elections and the majority came with a political mindset with no professional exposure in the field of medicine. As far as the profession of medicine is concerned as basic needs, we need professionals, technical and non-technical. Therefore, we decided to revise PMDC and form the PMC body under it.” Mohmand added.

Under PMC, we made 400 or 500 hospitals with bed facilities. And makes it compulsion for the private medical colleges and universities for the initial stage of their operations and assured that they are serious in their teachings. Moreover, “we tried to bring in one system of medical in the country with same syllabus. Under this umbrella, Medical aspirants had to undergo screening tests after FSc. before applying for MBBS” said Dr. Humayon.

“PMC has been a great inclusion in the medical system of Pakistan. I.e. this system eradicated the cheating methodologies and promoted merit-based students who worked hard to get the seat at medical universities comparatively those who get promoted through cheating in the entry tests.

On being asked, which system of medicine is better PMDC or PMC? Dr. Mohmand replied, “PMC system is a merit-based system, in contrast PDMC system is centralized under provincial government’s domain”. Medicine is a national education and therefore the federal must be authorized to govern via PMC system.