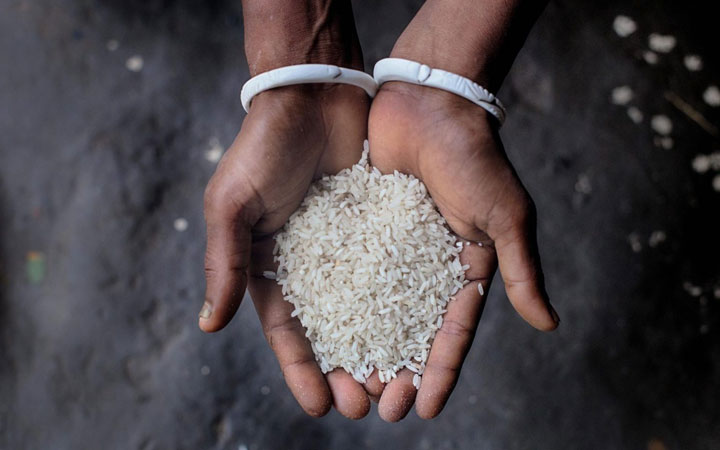 Climate change is rice crop nemesis, and it can have detrimental consequences on its yield and quality, as a result it will be hard for Pakistan to maintain food security with current economic situation and ongoing global supply chain crisis.

Punjab and Sindh are main producersof rice in Pakistan,about 90pc production of Pakistan total rice comes from these two provinces. Punjab, have moderate agricultural climatic zone and with the suitable soil conditions, which is feasible for basmati rice and it produce nearly 100pc of the Basmati variety rice for the Pakistan. The increased temperatures and decreased precipitation have a less or more negative impact on rice crop yield in Sindh, where an increase of 1°C in temperature and a 10pc decrease in precipitation, can reduce rice crop yield by 7.34pc in the short run and 13.33pc in the long run. Pakistan was ranked as the 3rdmost impacted country in the world by climate-related disasters in 2011. Pakistan is regarded one of the world’s most vulnerable countries to climate change due to its diverse population and physical makeup. Climate has a large impact on agricultural productivity. It is a critical component in crop productivity.

It is recommended that the efficient methods for utilisation of land, water, and fertiliser should be updated through adaptation and mitigation techniques in new developing regulations.The government must play its role by monitoring climate change and paying close attention to agricultural output. Rice producers’ adaptive production techniques will be influenced by well-defined planning and prudent policies. Crop varieties with climate resilience and new hybrids should be introduced. Newly developing crops with better heat and malnourishment tolerance should be introduced to assist reduce possible difficulties. Finally, the government might coordinate irrigation with other forward-thinking programmes. Because of the region’s high temperatures and poor irrigation infrastructure, access to modern irrigation systems may likely boost agricultural production. As a result, adaptation and mitigation measures can be used to overcome the situation and meet the climate change restrictions less or more effectively.

Pakistan mostly exports rice to Saudi Arabia, Afghanistan, Iran, and the United Arab Emirates (UAE). Rice is the second most significant food item consumed, and it also provides 21pc of the world’s human per capita calories and 15pc of per capita protein. It meets all of our country’s food needs while also providing a source of foreign cash through trade exports. On the other hand, rice supplies value-added goods or raw materials for the manufacture of paper, mattresses, starch, and other items. Unseen future changes connected with global warming temperature, carbon dioxide, and rainfall are projected to have an impact on rice production. It is evident that climate change is causing a rise in temperature, which has a negative influence on rice crops, eventually lowering crop yield and quality. A study indicated that climate change during the 1960s has reduced rice output by 12.4pc, with the major effect coming from reduced radiation. According to Foreign Agricultural Service (FAS) an auxiliary organisation of US department of agriculture Pakistan rice output is expected to reach a record 9 MMT, propelling exports to a predicted 5 MMT but this forecast can be severely handicapped if we don’t tackle our climate change problem first.