Over the past couple of weeks, a deadly wave of violence has erupted in the West Bank, one that has so far claimed the lives of eight Israeli Jews and dozens of Palestinians. Stabbings and shootings have once again become commonplace in Israeli territory and, almost every day, for the past fortnight or so, there have been targeted incidents of violence in Jerusalem and other adjoining areas.

Even though the region is the cause of one of the most contentious and pressing issues of our time — therefore the possibility of violence is always present — the cause of these recent episodes is the issue of Temple Mount in Al-Aqsa mosque. Palestinians are protesting what they believe is an effort by the far right in Israel to change the prayer arrangements in the Al-Aqsa mosque. Per arrangements dating all the way back to 1967, the Temple Mount site is sealed off to non-Muslims except for specific times for Jewish prayer.

However, last month, a minister of the Jewish Home Party was videotaped praying at the holy site, in violation of the fragile arrangements that have managed to keep the peace one way or another. In reaction, Hamas and its affiliates staged protests that the Israeli government brutally tried to suppress. The result has been a progressive increase in casualties where both sides are now desperately trying to inflict as much damage on each other through targeted attacks.

One thing to remember is that whereas isolating the ‘prime mover’ regarding any violent conflict may sometimes be easier than others, the underlying causes of the origin of violence remain inexhaustible. Once can never ascertain with certainty which way the arrow of causality runs in any volatile situation such as the one brewing in the West Bank right now.

Such attacks, although tragic, are not surprising given the circumstances and the historical context but the real issue is that it does not take that long for such isolated incidents to morph into full blown suicide attempts. Recent events have made the situation at the West Bank ripe for an outburst of violence and there is a sustained chatter about the possibility of a third intifada (resistance movement) breaking out in the West Bank.

The memories of previous intifadas are composed of terrible losses and absolute grief. Of course, even though the policies of the Israeli government are anything but beneficial towards the Palestinians, the security establishment would surely like to avoid a full-blown protest movement at a time when Israel is growing more and more wary about its place in the region.

But it is not just the ramping up of violence that is a cause of concern. The Israeli Prime Minister (PM), Benjamin Netanyahu, is trying to harvest electoral gains out of these unfortunate events and, resultantly, has been spouting absurdities of all kinds in order to rally the anti-Palestinian sentiment. The charged up rhetoric, combined with the fanatic tendencies of the far right, do not make for a conducive environment in which decision-makers can sit down and mull over the consequences of their actions in great detail.

When seen through the context of recent developments in the Middle East, it is understandable for the Israeli establishment to be guarded about the changes that are taking place all around Israel. Iraq is in ruins and ripe with opportunities for militant groups to surface and flourish, which is something that Islamic State (IS) has so far been able to benefit from. Over in Syria, the situation is not any better, with a ruling regime trying to defeat a militant group and there being reports that the citizens are being subjected to horrendous acts.

And it is not just that the extremist strands in Sunni-majority countries are finding new avenues to use violence towards their own means. Over in Iran, the finalisation of the nuclear deal — all its caveats notwithstanding — has been a painful realisation of the diminishing influence Israel wields in the Middle East in contemporary times. The regimes that gave tacit approval to Israel’s presence, such as Libya and Egypt, have seen violent overthrows in the wake of the Arab Spring and the resulting administrations are not particularly amenable to Israel’s presence in the region.

Additionally, the US, after being the target of Israeli manipulation for a long time, has under President Obama tried to reduce its dependence on Israel and started to incorporate other stakeholders in the region. Of course, this is also a response borne out of the diminished US clout that had otherwise been the norm post-World War II. But instead of forcing favourable regime change that helps further the US agenda, the US is experimenting with other potential allies, such as Turkey and Iran. Such alliances are anathema to Israel and, resultantly, US-Israel ties have soured over the past months as the US has started looking elsewhere.

Right now, the violence in Jerusalem does not look like it will be stopping any time soon, and if the Israeli government does not come up with a political solution to the Temple Mount issue soon, it is almost certain that the situation will blow up into an intifada. The US seems to be aware of this possibility and John Kerry, the US secretary of state, has been actively trying to diffuse the situation using his official and personal influence over the Israelis and the Palestinians. The last time we witnessed an intifada, vicious battles were fought that only left behind legacies of loss and evil instead of accomplishing any meaningful outcomes. Unfortunately though, in an environment devoid of any hope, violence will cloak itself in a veil of legitimacy and provide the disadvantaged the means of voicing their opinion. 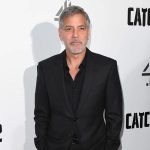 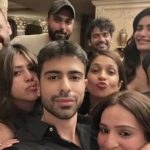 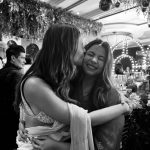 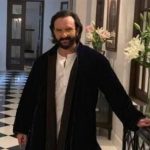 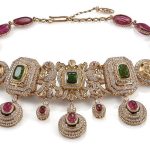