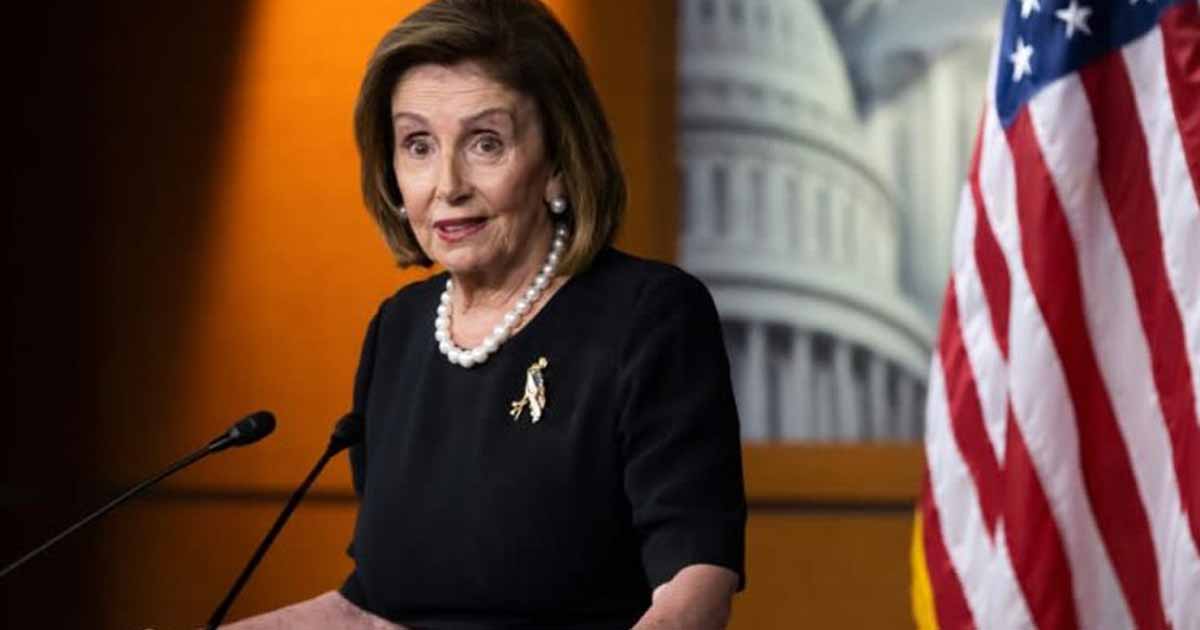 In response to US House Speaker Nancy Pelosi’s visit to Taiwan, the Chinese military conducted island saturation attack drills in the Taiwan Straits on the final day of its largest-ever military exercises, raising fears that Beijing would launch a full-scale invasion to annex the breakaway island that it claims is a part of its territory.

The Chinese People’s Liberation Army (PLA) conducted systematic island attack drills over the course of the four-day exercises, with a focus on honing the joint land attack and long-range air strike capabilities, according to the PLA Eastern Theatre Command. Several batches of various types of warplanes attached to the Eastern Theatre Command Air Force of the PLA conducted the drills.

According to the state-run Global Times, the PLA continued its realistic combat-scenario joint exercises on Sunday in the sea and airspace surrounding the island of Taiwan, rehearsing island seizing drills and bomber deterrence flights in the Taiwan Strait in preparation for an actual operation.

Beijing’s uncertainty over the best course of action for the future is heightened by rumours that the PLA is evaluating the effects of the extraordinary war simulations involving all wings of the military, despite the fact that there has been no official announcement regarding the end of the drills.

In the last four days, the Chinese military flew hundreds of planes, drones and fired missiles with different ranges which Taiwan termed as “simulated attacks” and appealed for international help.

China also suspended a range of defence and military exchanges with the US besides imposing sanctions on Pelosi as part of a slew of countermeasures to protest against her trip to Taipei on Tuesday and Wednesday that infuriated Beijing, which saw it as a violation of the “one-China” policy.

China has threatened to take Taiwan with force if necessary and claims Taiwan as part of its territory. After a civil war, the two sides divided, yet Beijing views international dignitaries visiting Taiwan as an acknowledgement of its sovereignty.

The Ministry of National Defense of Taiwan emphasised that its armed forces were monitoring the situation and had sent out aircraft and ships to take appropriate action.

The international community has been urged to “defend democratic Taiwan” and “prevent any escalation of the regional security situation,” according to Taiwan President Tsai Ing-wen.

“Our administration and military are prepared to take appropriate action as needed while closely watching China’s military drills and information warfare efforts. Tsai tweeted on Saturday, “I call on the international community to support democratic Taiwan & prevent any escalation of the regional security situation.

The Taiwanese military on Sunday denied reports that a PLA warship had flown close to the coast of its eastern county of Hualien during a major war game around the island, calling the reports “disinformation.” The Taiwanese military has prepared its forces to retaliate in case the PLA makes any offensive moves.

In a statement, it stated that reports in the official Chinese media of a PLA warship “entering our territorial waters close to Hualien…are disinformation and the public should not be deceived by it,” adding that its forces have been faithfully carrying out their obligations to protect the nation’s security.

The declaration was made in response to a picture that the state-run news agency Xinhua published on Saturday showing a PLA marine observing a Taiwanese ship off the coast of Taiwan.

The Taiwanese military also tweeted a video of one of its destroyers, Magong, watching the movement of Chinese naval frigate Maanshan. “Security can be found where we are as our sailors patrol our territory night and day and uphold our sovereignty,” it said.

The PLA said the exercises took place in the waters and airspace off the northern, southwestern and eastern coasts of the island in the last four days.

The military has tested its capabilities for striking targets on land and sea with the support of an integrated military system, it said.

According to reports, the Chinese navy has sent out warships for offensive and defensive exercises, with ground-to-ship missile batteries conducting simulated attacks on important maritime targets and naval aviation units practising combat manoeuvres.

Units from the PLA’s air force and navy worked together on exercises involving reconnaissance and attack, it claimed.

Since Thursday, the day after Pelosi left Taiwan, China has increased the intensity of its naval, air force, and missile operations to conduct targeted bombardment in the busy Taiwan Strait, a lifeline of transportation for crucial cargo shipments, in response to rare public criticism at home for failing to prevent Pelosi’s visit to Taipei despite high-voltage rhetoric.

The visit of Pelosi, the top US leader in 25 years to visit Taiwan, came at a politically sensitive time as President Xi Jinping who is set to complete second five-year term this year is widely expected to continue in power, unlike his predecessors who retired after a 10-year tenure.

The third term for Xi, 68, is widely expected to be endorsed by the once-in-a-five-year Congress of the ruling Communist Party of China (CPC), which is expected to be held in the next few months.

China fears that Pelosi’s visit will pave the way for other foreign leaders to make similar trips, particularly those from Japan and the European Union (EU), undercutting its claims to control the island, whose majority of residents preferred to maintain their independence.

Chinese analysts said that although tensions raised by Pelosi’s visit to Taiwan will only grow, a military confrontation over the matter is improbable.

Although tension in international relations is a natural outcome of strategic exchanges, according to Shi Yinhong, professor of international affairs at Renmin University of China, hostilities between the US and China are still far off.

“Confrontation will [escalate] but a conflict is still unlikely, even as the suspension of military communication has surely made prevention of incidental clashes more difficult,” Shi told the Hong Kong-based South China Morning Post on Sunday.

On Thursday, after the Chinese military began four days of intensive live-fire drills around Taiwan, the Pentagon said its Japan-based aircraft carrier USS Ronald Reagan would be extending its scheduled deployment in the Western Pacific.

“We will conduct standard air and maritime transits through the Taiwan Strait in the next few weeks, consistent, again, with our long-standing approach to defending the freedom of the seas and international law,” national security spokesman John Kirby said.

“And, we will take further steps to demonstrate our commitment to the security of our allies in the region, ” Kirby said, the Post reported.

In response to the US saying it would take “additional steps” by deploying aircraft and warships to the waters around Taiwan in the coming weeks, the Chinese Foreign Minister Wang Yi warned Washington on Saturday not to “stir up a wider crisis.”

In the Yellow Sea, where US soldiers are stationed in South Korea, the PLA has also declared a month of drills.