Pakistani actress Mehwish Hayat who won the 2019 Tamgha-e-Imtiaz Award, appears to be making headlines—but not for reasons of her own creation, as internet users have discovered her twin.

Award-winning actress Chitrangada Singh from nearby Bollywood, as noted by online users, bears some remarkable similarities to her Pakistani counterpart.

The internet appears to be ablaze with fans comparing Chitrangada to Mehwish, and the actress herself appears to be enjoying the widespread popularity she is receiving from abroad.

The Pakistani “Billi” who not only appears in dramas but also in films like “Mein London Nahin Jaungi, Actor in Law and Chhalawa”. She has been a sensation on the internet worldwide since she was casted in MS Marvel. 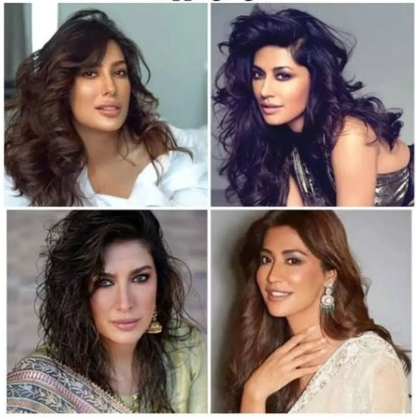 Chitrangada, in an interview, of lately, spoke about her being resembled Mehwish Hayat and she doesn’t mind it at all, instead, she seems to enjoy popularity.

When Chitrangada was questioned about comments claiming she resembled a Pakistani actress, she replied, “I keep receiving tags on Instagram saying she looks just like me. Fans believe we resemble one another so much that we could be twins. Mehwish Hayat appears to be a lovely woman, but I haven’t yet seen her work in Ms. Marvel. I acknowledge that there are moments when people can have a similar appearance, and that there are similarities between us as well. Simply put, we are both incredibly attractive women.