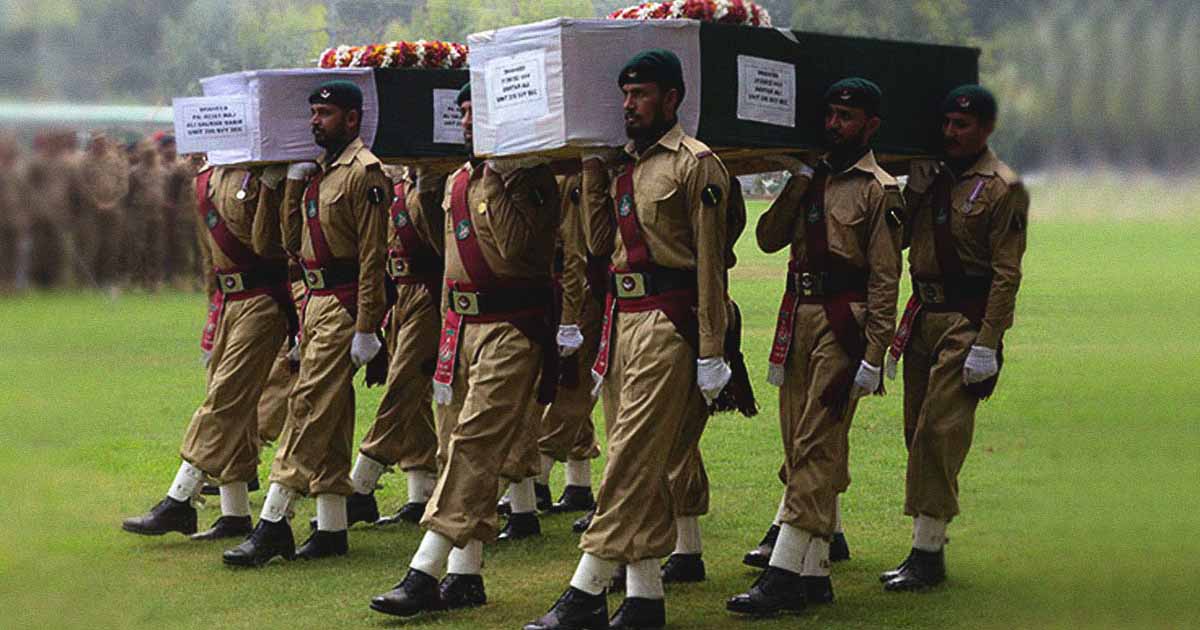 RAWALPINDI: The regretful social media campaign after unfortunate helicopter crash on August 1st has caused deep anguish and distress among Shuhada (martyrs) families and rank and file of the Armed Forces.

According to Inter Services Public Relations (ISPR) news release, while the whole nation stood with the institution in this difficult time certain insensitive quarters resorted to hurtful and derogatory comments on social media which was unacceptable and highly condemnable.

On Tuesday, the martyrs of the helicopter crash in Balochistan were laid to rest with full military honours in Rawalpindi. The funeral prayers of Lieutenant General Sarfraz Ali, Major General Amjad Hanif, and Brigadier Muhammad Khalid were offered at the Army graveyard.