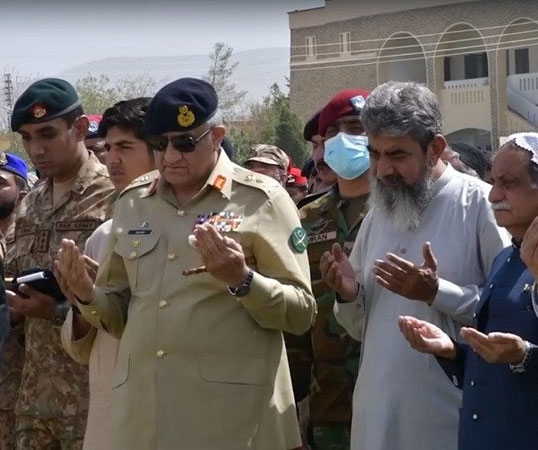 According to the military’s media wing, the COAS visited the families of Lt Gen Sarfraz Ali and Brig Muhammad Khalid as well as the family of Lt Colonel Laiq Baig Mirza who embraced martyrdom at Ziarat. 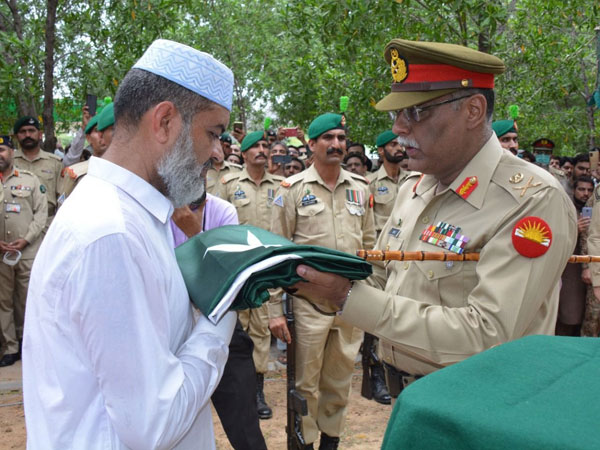 The mortal remains of the martyrs from the helicopter crash were moved to Rawalpindi. The Central Namaz-e-Janaza of the three martyrs will be offered at the Army Graveyard in Rawalpindi at 5:30 pm, today. The martyrs are to be buried with full military honours, the ISPR added. The funeral prayers for the other army personnel aboard the ill-fated helicopter were offered in their native towns. The funeral prayers for Major Talha took place in Rawalpindi with the Chief of General Staff Pakistan Army Lt Gen Azhar Abbas, Lt Gen Sahir Shamshad Mirza, Commander Rawalpindi Corps, other military officials, relatives of the martyrs and other civilians in attendance. A contingent of the Pakistan Army presented the guard of honour and the martyr was buried with full military honour.