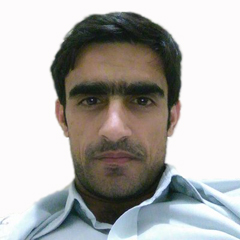 It has been over a month since another spontaneous uprising erupted in Palestine. Palestinian youth, both men and women, have resorted to what is called in popular media as ‘lone wolf attacks’ against illegal Jewish settlers in East Jerusalem and the West Bank. If the stone was the symbol of the first intifada and violent acts and suicide attacks the hallmarks of the second intifada, then individual acts of stabbings have so far defined the face of this uprising. The resultant clashes have killed more than 70 Palestinians and 10 Israelis. According to the Red Cross, more than 2,600Palestinians have beenwounded so far.
This latest uprising is partly attributed to what the International Crisis Group (ICG) calls the “crumbling status quo” at the Haram al-Sharif (Temple Mount), which houses the al-Aqsa mosque and Dome of the Rock. Jordan shares joint custodianshipwith Israel of the Haram al-Sharif. Jordan is its guardian, whereas Israel takes care of its security. The increasing incursions of fanatic Jewish groups, which are dedicated to demolishing the mosque and supplanting it with a Jewish temple, provocative visits by Israeli cabinet members and barring Palestinians from visiting al-Aqsa mosque, have all made Palestinians fearful of the Israeli government’s intention of partitioning the Muslim holy site and its national symbol. It is worth recollecting thatthe second intifada too erupted when Sharon, in an act of provocation, visited al-Aqsa mosque in 2000. That the Haram al-Sharif is a microcosm of the Palestinian movement is attested to by the fact that it generates and empowers Palestinian resistance and unites both the secular and religious forces.
If the crumbling status quo partly explains this uprising, then the palpable and daily reality of occupation, and the sufferings attendant to it, economic blockade, growing unemployment, increasing settlements and demolished Palestinian homes, the enfeebled Palestinian leadership, indifference of the international community and, most importantly, the fading hope of a contiguous Palestinian state, completes the picture. Israeli occupation of Gaza and the West Bank, and its annexation of Jerusalem are entering nearly their 50th year. The significant economic and political costs of occupation on Palestinians can be gauged by the fact that Gaza is literally an open-air prison; its trade, borders and airspace are all exclusively controlled by Israeli security forces, which has led to severe economic stagnation. Sara Roy of Harvard has called this processde-development-a process in which potential tapping of indigenous resources is undermined. It has, to its discredit, the highest unemployment rate in the world. The West Bank is sliced into areas A, B and C. Area C constitutes 60 percent of the West Bank, exclusively controlled by Israel thanks to the Oslo Accord of 1993. Now the number of Jewish settlers exceeds those of indigenous Palestinians in Area C.
The everyday reality of Palestinian dispossession sprouting out of Jewish illegal settlements is a source of great disillusionment for the former. Amira Hass of Hareetz daily cites a staggering figure of 11,000 demolition orders pending against 13,000 Palestinian structures. This sad state of affairs is made more grotesque by frequent attacks on Palestinians by Jewish settlers in the West Bank. One of the most recent attacks took place just immediately before the uprising, when the Dabwashe family in Nablus was attacked by settlers, killing six of its members, including an 18-month-old child.
In addition to the aforementioned factors, there are issues of a weak Palestinian leadership, divided both politically and geographically, and the indifference of the international community and regional states, which have their own wars to deal with. Some similar conditions prevailed prior to the first intifada when regional states were focused on the Iran-Iraq war. The Arab League put the ‘Palestinian question’ on the back burner; as for the international community (read west), their strategic interests trumped Palestinian rights. The first intifada that erupted in 1987 sustained for half a decade, only to be culminated in sheer capitulation by a compromised leadership.
What direction this new uprising takes is a moot point and will not be completely determined by the Palestinians. They have endured decades of occupation, destructive wars and daily humiliation through such acts as unnecessary checkpoints, administrative detentions and continuous gobbling up of their lands, but their spirit of resilience manifests itself in remarkably myriad ways which is awe-inspiring. They continue to struggle against seemingly insurmountable odds. Now the success of this uprising relies on internal Palestinian organisation and the channelisation of their individual energies into collective force rather than on near suicidal ‘lone wolf’ attacks, which more often than not become the cause of their demise and might possibly preclude the participation of a considerable segment of the population. But the fact that the youth is ready to go out on such missions speaks volumes about the despair that has seeped into the Palestinians. As Major General HarziHaleri, the Israeli Defence Force (IDF) intelligence chief said, “They are in despair over the state of things and feel as if they have nothing to lose.” The most potent resistance has a certain limit of enduring power; thus it becomes of greater importance that the international community force Israel to relinquish its barbaric occupation and give Palestinians their due rights. Otherwise, these acts of resistance and violence will continue to perpetuate because, as the Hareetz editorial puts it, “The reality of their lives includes every element of ‘incitement’ possible.”