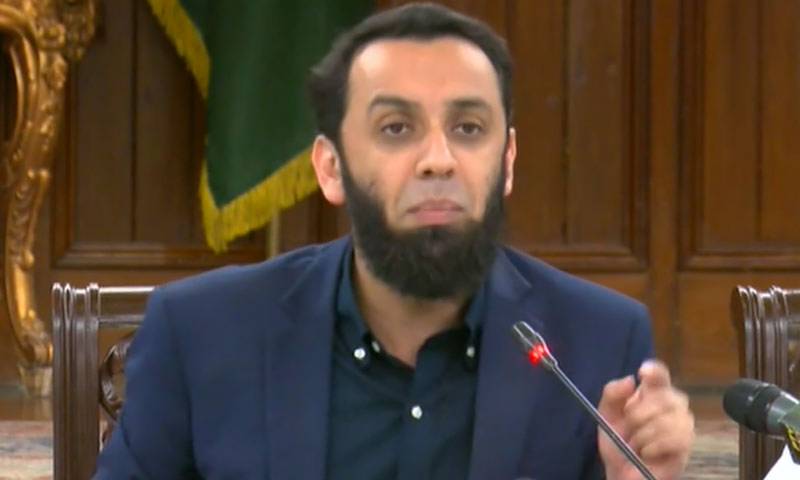 ISLAMABAD: Special Assistant to the Prime Minister Ataullah Tarar on Wednesday asked Pakistan Tehreek-e-Insaf (PTI) chairman Imran Khan to clear his position after the verdict of Election Commission of Pakistan (ECP) which stamped his party for receiving funds from enemy countries like India and Israel.

The ‘Jewish and Indian’ funded illegally to PTI for lobbying in their favour and interests, he said while addressing a press conference here, adding PTI was also a beneficiary of the donation received from Romita Shetty, who was an American businesswoman of Indian origin.

The PTI chief, he said was a champion of U-turns who promoted the culture of name-in politics and had always done the politics of chaos, allegations, and lies. Tarar chided PTI leader Fawad Chaudhry on his remarks on ECP’s verdict that the judgment was announced in a ‘hurry’. He said PTI wanted to linger the case further after a lapse of eight year.

PTI kept knocking the door of courts seeking stay in his party’s foreign funding case as they knew about irregularities in party funds. Tarar praised the ECP for announcing a balanced judgment despite facing pressure by the PTI.

Moreover, he maintained the ECP’s judgment has put positive impacts on the country’s economy resulting in improving rupee value against the dollar, he maintained. Imran should explain his relations with individuals like Inder Dosanjh, Viral Lal, Michael Lane, Chiranjit Singh, Varsha Lathra, and others who had sent funds to his party from abroad,” he said.

Tarar accused Imran of trading off Kashmir in exchange of foreign funding from enemy countries. He alleged PTI chief for holding meeting with country’s enemies at the sideline of his visit to the United States, adding that right after his visit India took unilateral step by abrogating article 370 of its constitution, depriving Kashmiris from special status. “The details of Imran Khan’s visit to the US should be made public,” he said. “The case of prohibited funding is not as simple as it looks, it should be probed further to punish the culprits.

The law will take its course and under Political Parties Order, the PTI may be dissolved. Imran will have to face the consequences for flouting the law,” he maintained. Ataullah Tarar said it was Pakistan Muslim League Nawaz (PML-N) whose judgments were announced after day to day trial and apex court had disqualified Nawaz Sharif for not taking money from his son.

He said the PTI used every trick to delay the case even wrote letters to the ECP and approached the courts to keep the funding ‘secret’, but could not make a breakthrough, and finally their double standard exposed to the nation after ECP judgment. It took ECP eight years to announced the decision which gave complete details of PTI illegal funds.

Tarar demanded of the PTI chief to show some courage and resign as a party chief prior proceeding to legal matters in the prohibited funding case. Being a public office holder, he said Imran did concealment, hid facts and submitted ‘fake declarations’ before the electoral watchdog.

“There should be no double standard for justice, law should be equal to all,” he maintained. To a query, he said the copy of detailed judgment on PTI prohibited funding had received to the government, a reference in the apex court would be filed after consultation with legal experts and lawyers.