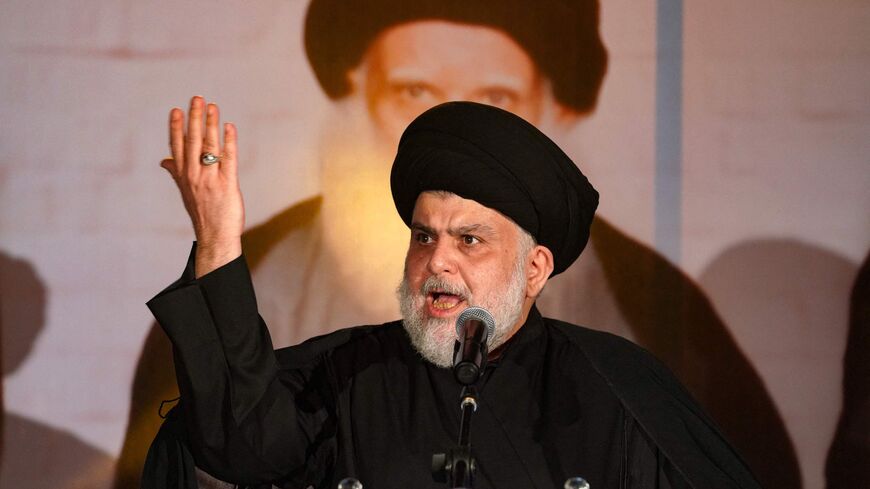 The Iraqi parliament has been occupied by Muqtada al-supporters Sadr’s since Saturday. They have been told to vacate the structure but to continue their demonstrations outside the parliamentary buildings.

Senior Sadr supporter Mohamed Saleh al-Iraqi instructed hundreds of his followers through tweet to leave the capital city of Baghdad’s parliament building within 72 hours and join other Sadrists at a “encampment in front of and around the building.”

“The pursuit of the sit-in is very significant because it will solidify your demands,” al-Iraqi said in the tweet on Tuesday, recommending that protesters take it in turns to remain at the protest site.
The protestors will stay inside the Green Zone, which contains Iraq’s parliament, government buildings, and foreign embassies.

He added that there would be a sizable prayer gathering on Friday in the Green Zone.

The declaration led to confusion inside the parliament building, where some authorities said demonstrators could stay in the main chamber and a conference room despite the directives to remove them.

Despite winning the October legislative elections in Iraq, Al-Sadr and his party were unable to secure enough votes to create a majority government. Although Al-faction Sadr’s purportedly withdrew in June to break the political deadlock, the issue has only become worse since then.

The al-Sadr bloc’s resignation led to a pro-Iran bloc, the Coordination Framework, becoming the largest in parliament, but still, there was no agreement on naming a new prime minister, president or cabinet.

Al-Sadr’s followers stormed the parliament building on Saturday at his command to prevent the Coordination Framework alliance from voting in a new government after they named Mohammed al-Sudani as the candidate for prime minister.

Calls for a national dialogue

Nearly ten months after the elections, the oil-rich nation still lacks a functioning government, a new prime minister, or a new president, and the political impasse has gotten worse.
Al-request Sadr’s for supporters to leave the parliament building on Tuesday marks a de-escalation, although the protests are far from being over.

The withdrawal request also comes a day after his Framework alliance adversaries held a demonstration that many thought would spark street brawls between supporters of the opposing Shia factions.

In response to directives from Qais al-Khazali, a prominent member of the alliance, the pro-Framework protestors retreated.

The Framework is a grouping that includes former prime minister Nouri al-Maliki, a longstanding foe of al-Sadr, and the Hashd al-Shaabi, a former paramilitary network now integrated into the security forces.

Political analyst Ahmad Rushdi told Al Jazeera that al-Sadr’s call to protest at parliament had provoked the Coordination Framework to mount the counter protests. Those protests sent a signal to the Sadrists that the Framework was capable of going “to the edge”, Rushdi said.

“Eventually there will be negotiations,” Rushdi told Al Jazeera.

“It’s eventually a political game. It’s not really going forward for some sort of reform for the whole political process,” he said.

Outgoing prime minister Mustafa al-Kadhimi late on Monday called for a “national dialogue”, a proposal endorsed by the Sunni speaker of parliament Mohamed al-Halbousi and by Ammar al-Hakim, a senior Coordination Framework official.