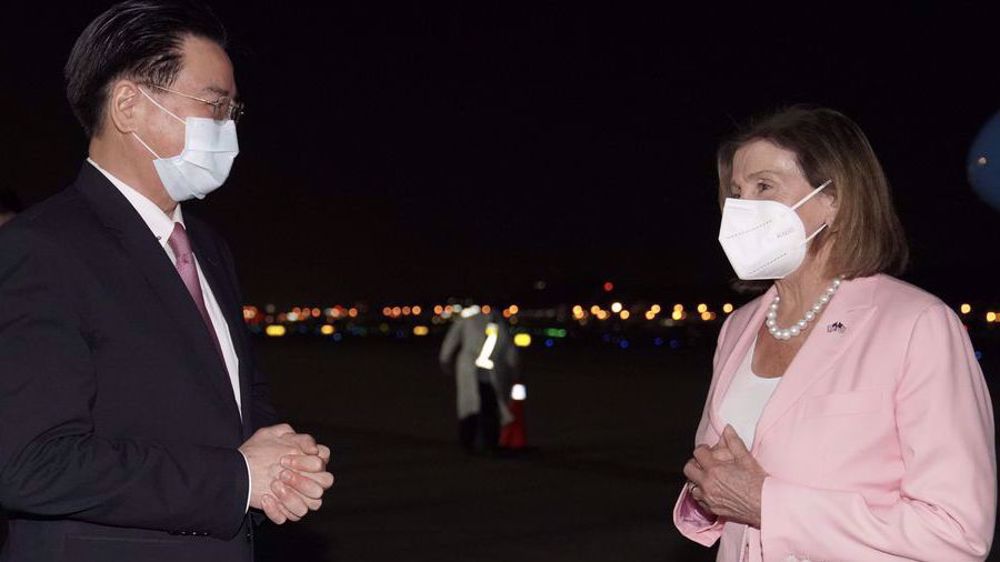 US House Speaker Nancy Pelosi’s visit to Taiwan is believed to be a turning point amid tense ties between China and United States.
Reza Zabib, the director general of the Iranian Foreign Ministry’s Asia and Oceania Department, in a tweet described the ongoing rift between Washington and Beijing as “Cold War II,”. On Tuesday night He said that this conflict will have severe consequences on international relations.

Late on Tuesday, Pelosi arrived in Taiwan in a military plane. Despite a string of dire threats from China, which regards Taiwan as its territory.
The speaker of the US House is the most prominent elected American official to travel to Chinese Taipei in the last 25 years.
Iranian Foreign Ministry spokesman Nasser Kanani denounced the visit. He claimed that it was part of US officials’ meddling in China’s internal affairs and would only increase tensions in the area.

“The Islamic Republic of Iran considers respect for the territorial integrity of countries to be among the principles of its foreign policy, and support for the One-China policy is unquestionable in line with this tenet,” he said.
Under the One China policy, nearly all countries across the globe recognize Beijing’s sovereignty over Chinese Taipei, including the US, which nevertheless courts the secessionist government in Taipei, supports its anti-China stance, and supplies it with massive amounts of armaments.
China praises Iran’s support

Chinese Ambassador to Tehran Chang Hua said in response to Kan’ani’s statement that his country appreciates Iran’s denouncement of US instigations.
“We praise the Iranian side’s condemnation of America’s provocative actions and interference in China’s internal affairs,” he tweeted.
Beijing appreciates Iran’s ongoing support for the One China policy, the Chinese envoy added in a subsequent tweet.
In an hour-long phone call with his Chinese counterpart Xi Jinping on Friday, Iranian President Ebrahim Raeisi expressed the Islamic Republic’s unwavering support for the One China policy and denounced Washington’s meddling in other nations’ domestic affairs.

Late on Tuesday, China summoned US Ambassador Nicholas Burns and threatened that Washington will “pay the price” for the action.
“The move is extremely egregious in nature and the consequences are extremely serious,” China’s Vice Foreign Minister Xie Feng said.

The Chinese military also said it was on “high alert” and would “launch a series of targeted military actions in response” to the visit.
In a phone call with US President Joe Biden last week, Xi against “playing with fire” on Taiwan.
“Those who play with fire will be burnt. I hope the US can clearly see this,” the Chinese president asserted.