China vlogger ate white shark because of its delicious meat 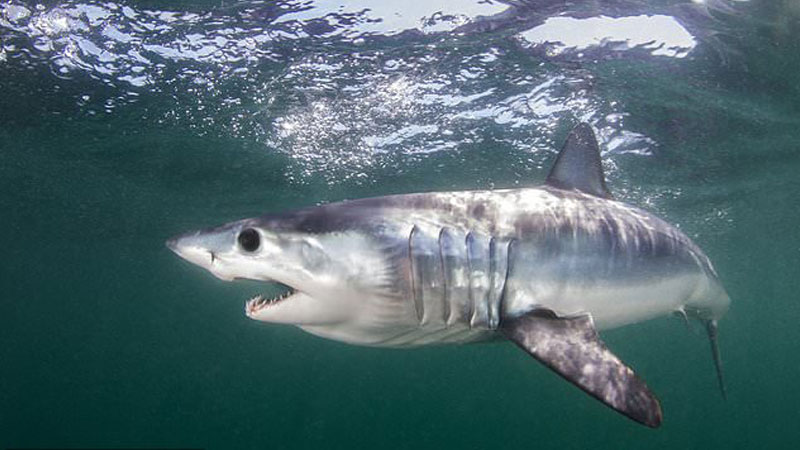 BEIJING: China vlogger ate white shark because of its delicious meat. A Chinese influencer is under police investigation after a clip of her roasting and eating a great white shark went viral.

Footage of the vlogger, popularly known by her online pseudonym Tizi, showed her feasting on the predatory fish, which police in the central city of Nanchong confirmed Sunday was a great white.

“It may look vicious, but its meat is truly very tender,” Tizi said while tearing off large chunks of the animal’s barbecued meat, in a video posted in mid-July.

In the video, since deleted, she is seen unwrapping a two-meter-long fish and lying down next to it to show that it is taller than her.

The shark is then sliced in half, marinated, and barbecued, while the head is cooked in a spicy broth.

Great white sharks are listed as a vulnerable species by the International Union for Conservation of Nature — just one step before being classed as endangered.

Populations of sharks — some of the oceans’ most important apex predators — have been battered over the last few decades, the main culprits being finning and industrial longline fishing.

In China, they are listed as protected. Illegal possession can lead to a five-to-10-year prison term.

“It is flabbergasting that an internet celebrity can eat a protected animal in front of millions in broad daylight!” wrote one commentator in response to the story.

“These uncultured attention-mongers will stoop very low to attract eyeballs!” another said.

It is unclear whether Tizi, who has almost eight million followers, will be punished.

She told local media that she acquired the shark through “legal channels”, but the local agriculture bureau said Monday her claim was “inconsistent with the facts” and that police were investigating.

Dried baby shark flesh is used as cat food in China and can be bought in many online stores.