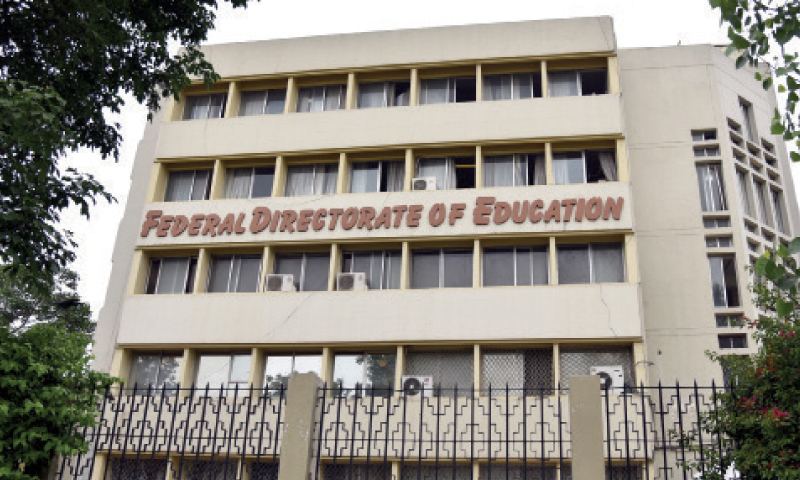 ISLAMABAD: Parliamentary Secretary for Federal Education, Professional Training Division Zeb Jaffar Tuesday informed the House that the government has constituted a special committee to settle the repatriation issue of 300 female teachers working on deputation on wedlock policy working for 14 to 28 years in Federal Directorate of Education (FDE).

Responding to a Calling Attention Notice in the National Assembly, Zeb Jaffar said the decision was taken in high powered meeting held in the Ministry in which all the stake holder were participated. The Parliamentary Secretary said the ministry was committed to resolve the issue as soon as possible on priority basis and on humanitarian grounds. While as far the pension of the teachers was concerned, the pension had already been given by their parent department.

Zeb Jaffar requested Speaker National Assembly Raja Pervaiz Ashraf to refer the matter to the committee concerned in which all the stakeholders would discuss and include their input as it was the issue of 300 families. Raja Pervaiz Ashraf said that it was very important matter as the teachers of had also staged protest in front of Parliament to get their right.

Later, the Speaker referred the matter to the committee concerned and urged the members to resolve the issue of 300 female teachers working on deputation on wedlock policy in the Federal Directorate of Education. Meanwhile, Member National Assembly Dr Fehmida Mirza said that it was the tradition of the House that if the treasury benches and opposition members were given equal time to speak in the National Assembly.

Dr Fehmida said that in a tragic incident which took place in Lasbela, six Pakistani soldiers were martyred during provision of relief to the flood effectees in Balochistan. “In my point of view the government should dedicated the session for discussion on the tragic incident in which six nation’s hero have martyrs so that all the members can participate in the discussion,” she added.