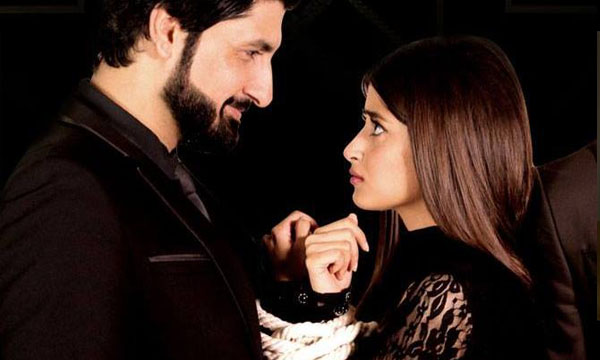 Showbiz actor Syed Jibran recalled the incident when he was shaken after being slapped by Sajal Aly on the sets.

Recently, during an interview, actor Syed Jibran warned everyone to never get slapped by Sajal Aly by recalling a scene shoot from their drama “Chup raho”. The actor mentioned that he was recording a scene with Sajal Aly where she was instructed by the director Yasir Nawaz to slap. The 6-foot-tall actor got shaken by the powerful slap by Sajal Aly.

Yasir Nawaz who was sitting near burst into laughter. Jibran said that “He called me, showed me the take, and questioned ‘How am I supposed to use this? You are shaken by the slap from such a petite girl, to which I was like ‘Yasir Bhai, her hand is very strong and it felt pretty hard”.

The actor told the interviewer that Yasir wanted him to stay still for the slap. Since getting shook by a petite actress like Sajal wouldn’t look “realistic.”

Digital’s superhit serial ‘Chup Raho’ adopted the story of Rameen (Sajal Aly) who was subjected to assault by her brother-in-law Numair (Syed Jibran) and was compelled into silence by her shut ones.