Cheers vs Jeers: Gender bias in Sports in Pakistan 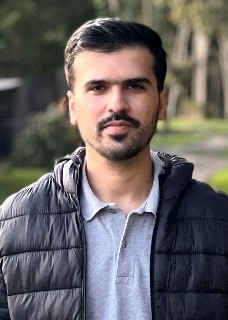 The odds are heavily against any girl who wants to take up a sport in Pakistan. Even those with the best intentions and an unwavering commitment find themselves struggling for support in a male-oriented environment, let alone one where jeers instead of cheers will greet their success!

Gender bias in sports is a hot-button issue for several reasons. For one, it perpetuates the idea that men are better than women at sports, which is simply not true. Women are just as capable of being great athletes as men are. Additionally, this bias creates an environment where women feel like they cannot compete with men and are not good enough to be involved in sports. This can lead to a lack of participation from women in sports, which furthers gender bias.

Gender bias in sports is a global problem, but it is especially prevalent in developing nations. Many factors contribute to gender bias in sports in these countries. One is the lack of opportunities for women and girls to participate in sports. In many cultures, girls and women are not allowed to play sports or even engage in physical activity. In many developing nations, there are simply not enough facilities or equipment for women to play sports. Even when there are opportunities for girls and women to participate in sports, they often do not have the same resources as their male counterparts.

Women in Pakistan have been subjected to gender discrimination in many different aspects of their lives, including in the sports arena. Women’s participation in sports has traditionally been low due to cultural and social barriers and a lack of access to facilities and opportunities. One of the major problems facing gender equality in sports in Pakistan is the lack of media coverage. Women’s sports are often overshadowed by men’s sports. This is due to the fact that there are more resources available for men’s teams. It results in fewer opportunities for women athletes to get exposure and recognition. Female athletes’ lack of media coverage also significantly impacts their careers’ sustainability. This is because sponsorships are attracted by the popularity and profitability that comes with sports coverage.

For instance, the allocation of resources for women’s cricket is considerably low when compared to the men. In 2020, only 5% of the budget was allocated by Pakistan Cricket Board (PCB) for women’s cricket while 19% for their male counterparts. This imbalance in funding means more established structures and opportunities are available for male players as opposed to female counterparts. In addition, there isn’t nearly enough money being pumped into other women’s competitions which leaves many talented females unable to pursue their dreams.

Pakistan is a country with a rich sporting history and culture. However, women have been traditionally excluded from participating in sports. This is slowly changing, however, as more and more women are becoming involved in sports. Society also needs to change social attitudes towards women in sports to create a more inclusive environment for all. There are several reasons why social attitudes towards women in sports are still relatively negative in Pakistan. One reason is that there is a general belief that sports are for men and that women should not be involved in them. This is something that is deeply entrenched in Pakistani society and needs to change if Pakistan is to progress as a nation. Women need to be encouraged to participate in all aspects of society, including sports

Women need to be given more opportunities and support if they are to be able to compete on an equal footing with men. Also, there is a need for more investment in infrastructure and facilities for women and more opportunities for female athletes to compete at the national and international levels. There is also a need to change social attitudes towards women in sports to create a more inclusive environment for all. Only then will Pakistan be able to develop its sports sector, which would lead to better international recognition in sports.

Muhammad Adnan is a journalist and researcher. He is a PhD student at Monash University School of Media, Film and Journalism. He can be reached on Twitter at @Iammadnan