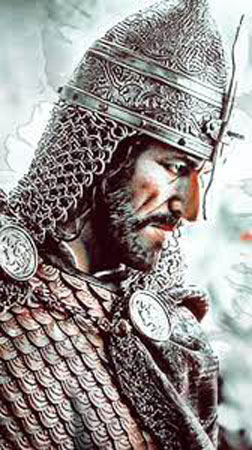 “Salahuddin Eyyubi” is a grand period series co-produced by Pakistan and Turkiye. Humayun Saeed, Adnan Siddiqui, Dr Kashif Ansari, Ahmet Faruk Bakacak, Dr Junaid Ali Shah are the producers of the project. “Salahuddin Eyyubi” is a period series like Magnificent Century or Ertugrul which will be based on the life of Muslim leader Sultan Salahuddin Eyyubi. The grand making of the project had already been started in Turkiye with magnificent set of Damascus city. The set has been constructed on 200 acres’ area. The Mosques, Bazaars, palace and houses are being built in it. The grand set is giving vibes of older times. The set makers briefed that they have been doing paper work for the project since last four months. They also said that the mosque they have made for the series will remain active even after the shooting will be ended. The mega production drama has a huge cast and crew. The team also gave an insight into the crew and armed men of “Salahuddin Eyyubi”.