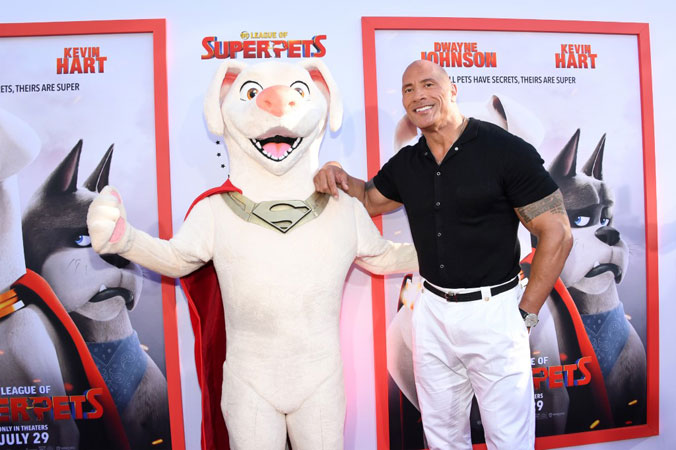 The Warner Bros. film, based on the DC Comics’ Legion of Super-Pets, follows Superman’s pet pooch Krypto, who joins up with a shelter dog and others to rescue other four-footed innocents being held by the evil Lex Luthor.

Analyst David A Gross of Franchise Entertainment Research classed the opening as “moderate” but said similar films have shown the “legs” to draw well for weeks. The “Super-Pets” are voiced by Dwayne Johnson, John Krasinski, Kate McKinnon and Keanu Reeves.

In third, down one spot from last weekend, was Disney’s “Thor: Love and Thunder.” The action comedy, starring a muscle-clad Chris Hemsworth as the space Viking who pines for his ex-girlfriend, pulled in $13.1 million.

Universal’s computer-animated “Minions: The Rise of Gru” claimed the fourth spot. The latest goofy episode in the popular “Despicable Me” franchise took in $10.9 million. Its worldwide total now stands close to $700 million.

And in fifth was Paramount’s crowd-pleasing “Top Gun: Maverick,” with Tom Cruise now as a somewhat aging – but still fast and fearless – US navy test pilot.

It earned $8.2 million, taking its worldwide total to $1.3 billion – the only 2022 release to top the $1 billion mark, according to Variety.

‘Where the Crawdads Sing’