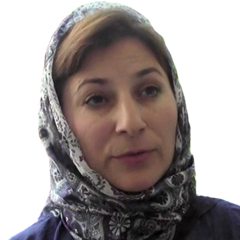 The Moorish history, the stunning buildings: the red Alhambra, intricate, sophisticated, a rich ruby-like treasure for our architectural world, acknowledged by UNESCO, Granada.

The Court of Lions, the symmetry of the Alhambra, the artistry, the intellect, the high minds, yet humility of those who contributed to the making of Granada.

Here, later, Isabella gave orders to Christopher Columbus to discover the Americas; Napoleon’s army nearly blew up the entire jewel Alhambra; squatters lived in the quarters neglected, in the Alhambra of Granada.

The contemporary communities, their places of worship, their hard struggles, their pains, their joys, their stories that make up diverse and rich Granada.

The tight knit streets, the cobbled pavements, the shops selling diverse wares from around the Eastern and Western worlds, in Granada.

There are official solid signposts everywhere describing history in this ancient city that only begins from the relatively new Period of Post Moorish era, history ignored, but the buildings speak loudly in Granada.

The city is like a magnet to the community of heart and Zikr, its sparrows and birds sing praises and people pulled in, allured from around the world to glimpse and savour the city of Granada.

The history, the buildings, the graveyard that contain the likes of Muhammad Asad the translator of the Holy Quran, in this spiritual city Granada.

The rise and fall of Civilizations, the grandeur, the glory, the achievements, the failures, layer upon layer, like the pomegranate, this Granada.

Only one phrase transcends and dominates, “Wa La Ghalib illa Allah” uttered in humility by a victorious king who in countering the human ego gave credit to the Ultimate Beloved Cherisher Creator of the universe:

What a spectacular city, is this ruby-like Granada!

The writer is an inter-faith scholar, a professor at the Universities of Cambridge and Nottingham and a published author