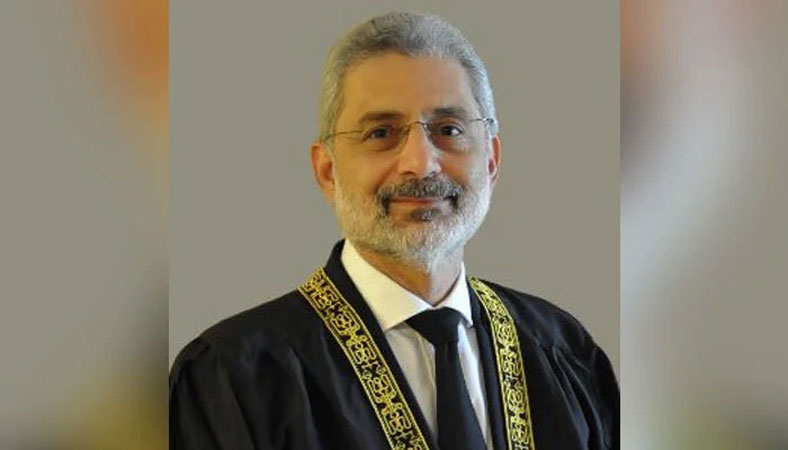 Justice Qazi Faez Isa on Thursday demanded that the decisions made by the Judicial Commission of Pakistan (JCP) related to the appointment of judges be made public, a private TV channel reported. In a letter written to the JCP members and Chief Justice Umar Ata Bandial, who is also the chairman of the body, Justice Isa said that the JCP met on Thursday to consider the five nominees recommended by the chief justice. “After a detailed discussion the majority of the honourable members of the JCP, that is the honourable Justice Sardar Tariq Masood, honourable Law Minister Azam Nazeer Tarar, honourable Attorney-General Ashtar Ausaf Ali, representative of the Pakistan Bar Council the honourable Akhtar Hussain and myself decided to reject the nominations of the three junior judges of the Sindh High Court and one junior judge of the Lahore High Court,” said Justice Isa. On the elevation of chief justice of the Peshawar High Court to the apex court, Justice Isa said that the body decided that as he was not the senior-most judge and “his name may be considered when placed alongside those of his peers, that is, with the chief justices of the other high courts and senior-most judges, with the provision of comparable data”. “It was also decided that the Constitution did not permit appointments to ‘anticipated’ vacancies,” said Justice Isa. However, the judge shared that Justice Bandial ‘did not dictate the decisions that were taken, and left the meeting quite abruptly, followed by Justice Ijaz-ul-Ahsan’.

He added that after the chairman’s departure, it was left to the temporarily appointed acting secretary to draw up the minutes of the decisions that were taken, adding that this was his first time doing so.

“The eyes of the nation are transfixed on the JCP and they have a constitutional right to know what was decided. Therefore, the acting secretary should immediately release this decision to the media, which will also stem unnecessary speculation and misreporting as the meeting was held behind closed doors. It is expected that the detailed minutes will accurately reflect all that transpired,” said Justice Isa.