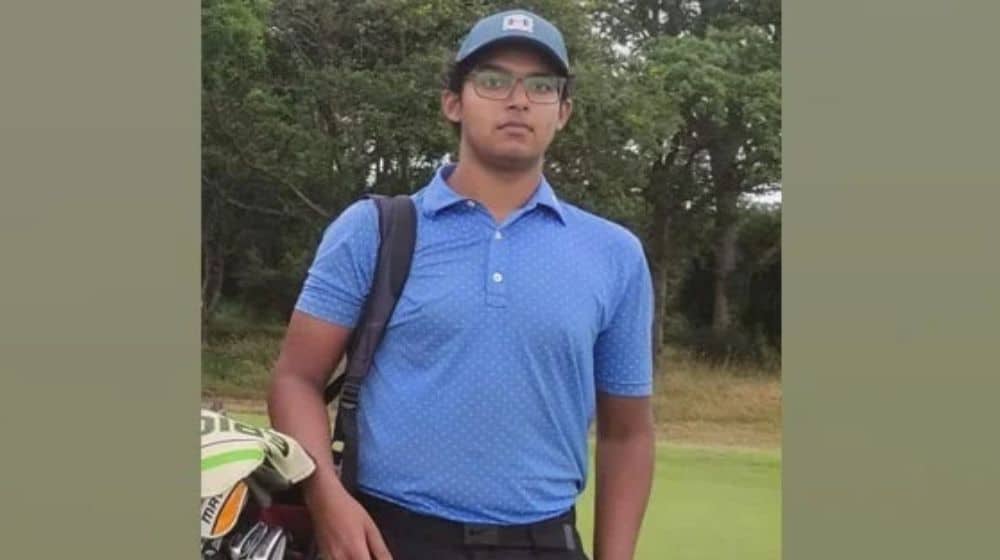 Fast-rising youngster Omar Khalid has emerged as Pakistan’s highest-ranked player in the World. He ranked in Amateur Golf Rankings (WAGR) leapfrogging to a career-best No. 296 internationally.

Omar, is a 17-year-old A-levels student of Karachi’s Nixor College. Recently, won back-to-back amateur titles at the prestigious Pakistan Open and Chief of Air Staff (CAS) Open — two of the country’s major golf tournaments. He has the reward for his convincing twin triumphs, jumping from 378 to 296 in the latest world rankings issued on Wednesday.

This means he is now Pakistan’s best-ranked player in the world surpassing Lahore’s seasoned Salman Jahangir, who is placed at No.354.

Moreover, at the age 16 he became the youngest ever winner of the National Amateur Golf Championship last year. He is now the youngest Pakistan No.1 player. He has claimed another honour by becoming the first Pakistani to join the top ten players in the world. Those are 17 years old or younger in the WAGR. Among all Asian players, he ranks at 32.

His ascent in the world rankings has been phenomenal. Omar just made his entry on WAGR for the first time in 13 months ago after winning the National Amateurs. Omar’s highest point came at the Faldo Series Pakistan Championship at the wind-swept Airmen Golf Club in Karachi. He won by a record margin of 27 strokes, earning high praise from the likes of six-time major champion Nick Faldo. Also, wining so comprehensively is impressive. Congratulations to Omar, The legendary Faldo added

Omar is now targetting a place among the top-100 in the world. He stresses that the only way he can do it is by playing WAGR events abroad. “It was great to play a series of WAGR events in Pakistan. We need to take part in world-ranking tournaments abroad,” Omar said. Spearheaded by Omar, Pakistani players have been making rapid progress in WAGR in recent times.