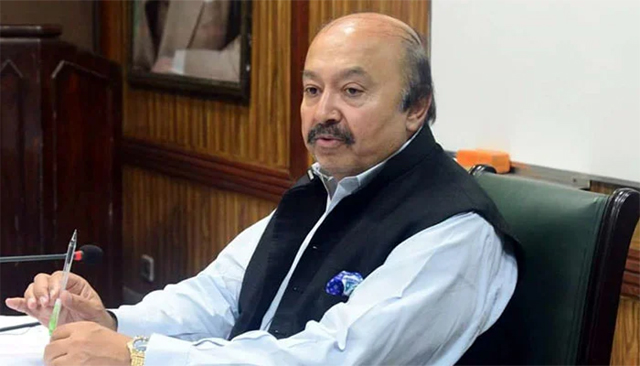 The latter has also support of the Pakistan Democratic Movement member parties. The election for the PA speaker would be held through secret ballot at the assembly chambers on Friday, July 29 at 4 p.m.

The opposition candidate, Malik Saiful Malook Khokhar, was flanked by Khalil Tahir Sindhu, Raheela Khadim Hussain, Samiullah Khan, and Ali Haider Gillani, during submission of nomination papers for the speaker slot. The nomination papers were scrutinised by PA Secretary Inayatullah Lak and found in order and correct. Earlier, the Punjab Assembly session started with Panel of Chairman Waseem Khan Badozai in the chair.

The treasury bencher, Muhammad Basharat Raja, speaking on a point of order, requested the chair to suspend rules of business to table a resolution, which was allowed by the chair. The resolution said, “The office of the Punjab Assembly speaker has fallen vacant after the election of Chaudhry Pervaiz Elahi as chief minister Punjab.

This House, in suppression of sections 11 (1) and 12 (3) of the Rules of Procedure, fixes July 29 (Friday) at 4 p.m. for the election of the speaker and process of no-confidence motion against the deputy speaker Punjab Assembly.” The resolution was adopted through majority vote and the chair fixed July 29 (Friday) for election of speaker and the no-confidence against the deputy speaker at 4 p.m. at the assembly chambers.

“The nomination papers may be withdrawn at any time before the election proceedings at 4 p.m,” observed the chair, adding that the polling will be held through secret ballot.