PM Shehbaz vows not to bow before ‘fascism’ 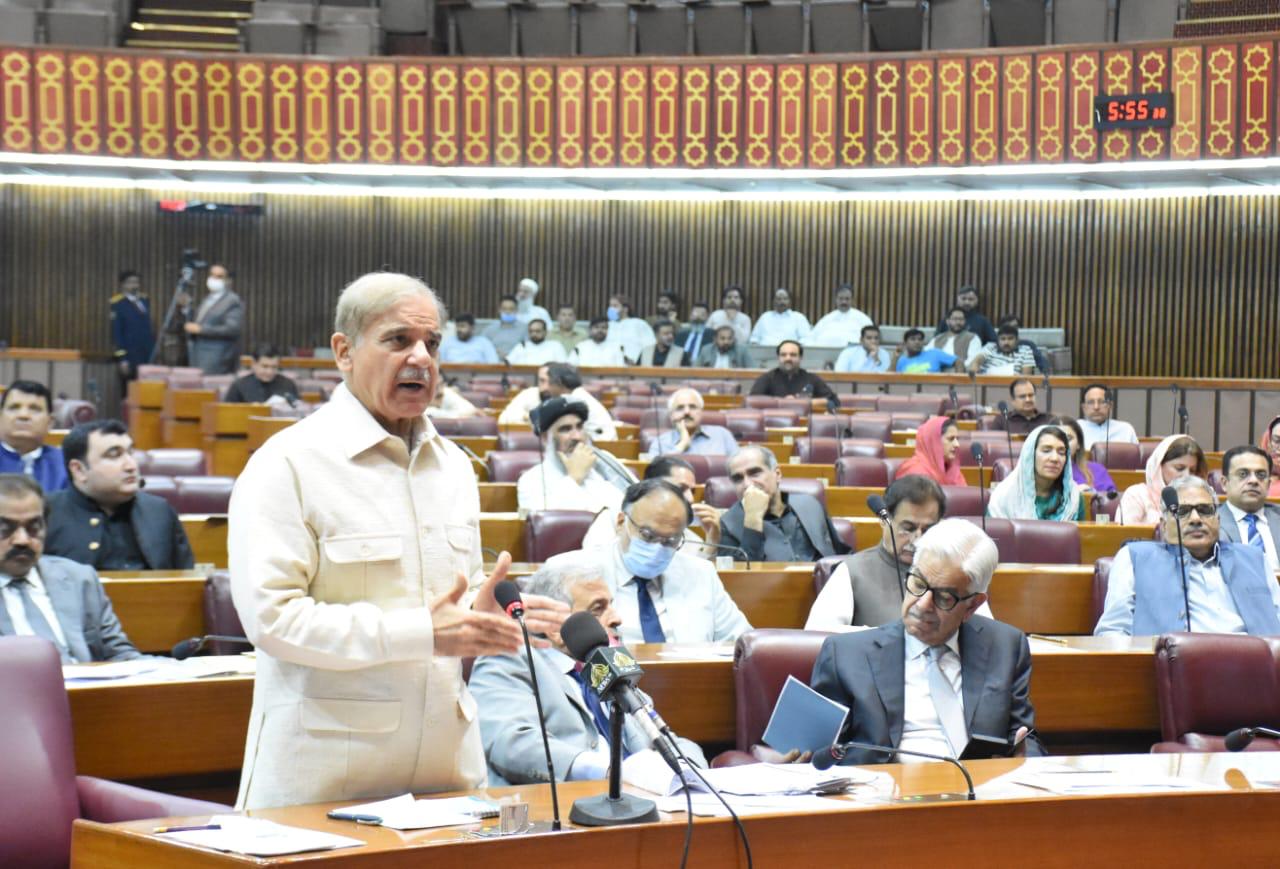 Prime Minister Shehbaz Sharif on Wednesday said despite prevailing mammoth economic challenges, the government would make Pakistan to emerge as a great country, without bowing before the fascism and propaganda by the Pakistan Tehreek-e-Insaf leadership.

The prime minister, in his address at the National Assembly, said the united opposition had accepted the challenge of assuming the government just to save the state as the country was at the verge of default with record inflation and unemployment.

Rubbishing the propaganda of “imported government”, he said he did not become the prime minister through the backdoor, rather for the first time the parliament changed the government through a constitutional process.

The PTI government violated the Constitution through the National Assembly deputy speaker and the president through the dissolution of the assembly, he added.

Shehbaz Sharif also questioned whether the court summoned that NA deputy speaker like they did to the Punjab Assembly deputy speaker, who had decided against counting of 10 votes by the PML-Q (Pakistan Muslim League-Quaid) lawmakers in the chief minister’s election citing a letter from (PML-Q President) Chaudhry Shujaat Hussain advising the members to vote for Hamza Shehbaz.

He said if the system continued without reformation, and the sanctity of law and constitution was not ensured, “we will be nowhere in history”.

Calling the parliament the mother of the constitution, he said the 1973 Constitution would continue to provide guidance in the decades to come.

He said the constitution also defined the powers of the legislature as well as the judiciary, but unfortunately, a mockery of the constitution was made during the last 75 years by imposing martial laws which also led to the country’s disintegration and weakening the democracy.

He said contrary to Pakistan, the neighbouring countries, which were far behind it vis-à-vis development had excelled and also got rid of the International Monetary Fund after improving their economies.

Calling the 2018 general election “the worst in the country’s history”, the prime minister said a government was imposed through massive rigging. Consequently, during its over three and a half years term, the ousted PTI government took loans of Rs 20,000 billion and dropped the GDP (gross domestic product) growth rate from 5.8 percent to negative in 2020 making hundreds of thousands of people jobles.

He said considering the challenges, he knew well that holding the prime minister’s office was not a bed of roses, however, he accepted the responsibility for sake of the country.

Reiterating his due respect for the judiciary, the prime minister said the justice should be done without any discrimination. He said no one questioned the previous government despite record surge in corruption index, stained ties with friendly states, sugar export scam, and helicopter and Malam Jabba cases.